The Ancient Capital’s indelible landmarks, iconic buildings, picturesque neighbourhoods all remained in their place, gazing steadfastly at one another, as a cloak of quarantine calm and peace covered them all overnight. The sound of birds chirping in the morning replaced the usual cacophonous sounds of morning traffic, and sunset after sunset the prominent monuments glistened under the solitary, yet exhilarating glow of the sun.  In Athens, as with all cities globally, we grappled daily with bringing all of our worlds into our homes; our schools, offices, gyms, restaurants and bars took over various corners of our abodes.  Those walks around our neighbourhoods provided more than just the fresh-air and relief we needed from confinement, they also opened up our senses to the all too often-missed beauty in the city’s details. Our Director of Sales and avid photographer George Roumeliotis meandered around the downtown areas of Athens, capturing those moments when he sensed the silent city more deeply, listening to its new rhythm of quiet strength and solidarity. 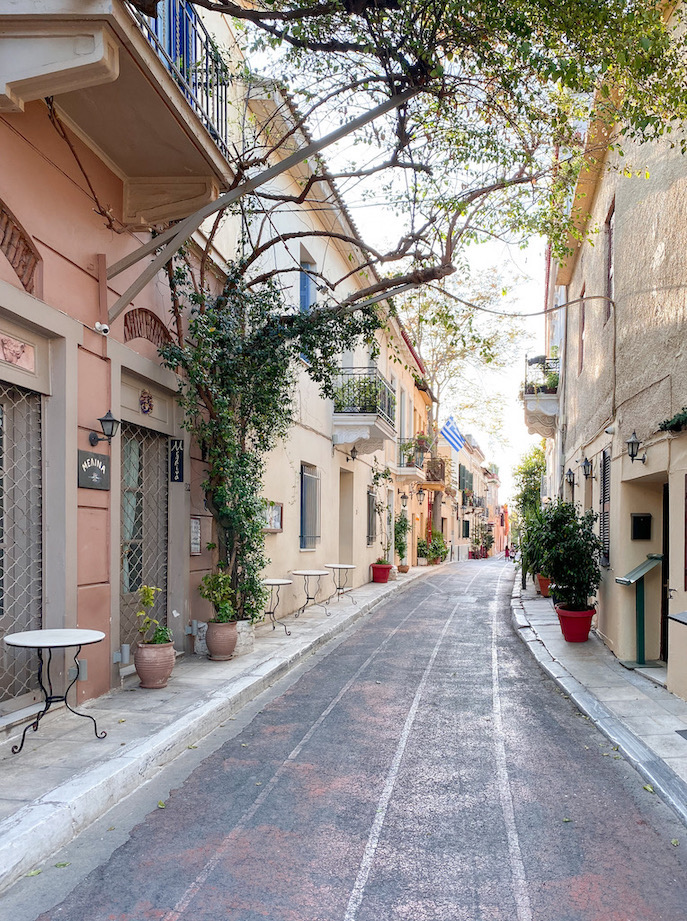 And the people stayed home - The heart of Athens’ Plaka neighbourhood is home to the colourful and lush 19th century Anafiotika neighbourhood. Situated in the shadow of the Acropolis, it resembles a Greek island that’s lost its way in this rambling and vibrant city. Anafiotika’s unique architectural style is due to the many skilled workers and tradesmen, who were brought over to Athens in time of King Otto to construct his royal palace. The side-effect of that massive construction project is this gorgeous and quaint neighbourhood reminiscent of the island homes the workers’’ had left behind. Melina café pictured above is a homage to the famed actress and politician Melina Merkouri; walls are lined with memorabilia honouring her exemplary life and times, particularly her perserverance in battling for the return of the Parthenon marbles from the British museum. Perched precariously on the foothills of the Acropolis, the multitude of cafes and restaurants, are now an organised battalion of empty chairs and tables, waiting under the Spring sun. The narrow, cobblestoned streets with canopies of shocking-pink bougainvillea flowers await the footfall of the locals and visitors that usually revel in this vibrant oasis in the city. 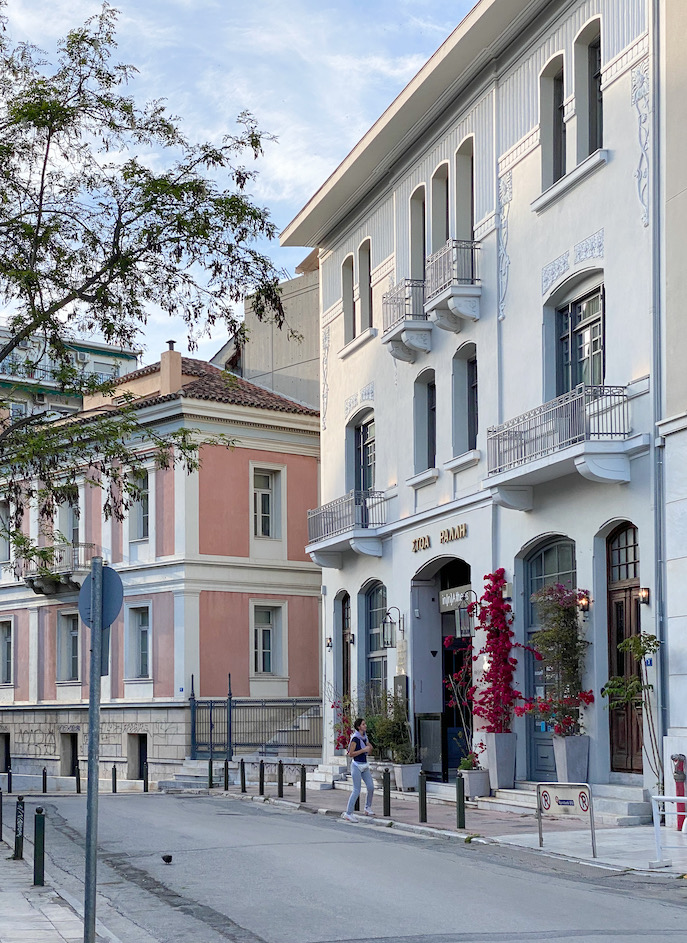 Known as the neighbourhood of the gods, Plaka’s many gorgeous neoclassical buildings sit side by side with significant ancient ruins. Developed around the remnants of the Ancient Agora, a massive fire in 1884 burned down a large section of the neighborhood, however that also led to important excavations in the Roman Market and Hadrian’s Library. 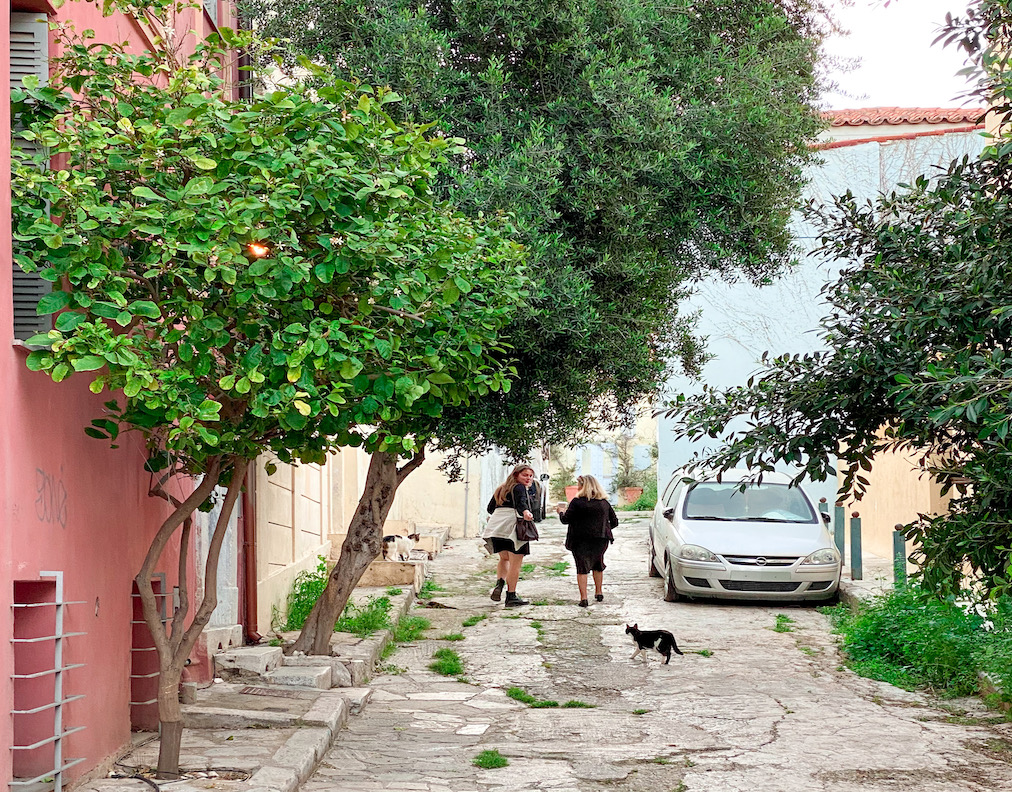 Athenian spirit - A cat unexpectedly runs into people and pauses to examine this surprising humans sighting. Greeks have demonstrated great patience in #stayinghome and have been praised globally for their response to the coronavirus pandemic. Resourceful and resilient from years of economic hardships, never losing our ingenuity and creativity, we followed government quarantine orders closely, resulting in one of the lowest infection and death rates in Europe.  Lockdown measures are partially lifted on Monday May 4th, allowing a return for many to their businesses, and June has been slated as the month for city/year-round hotel openings. 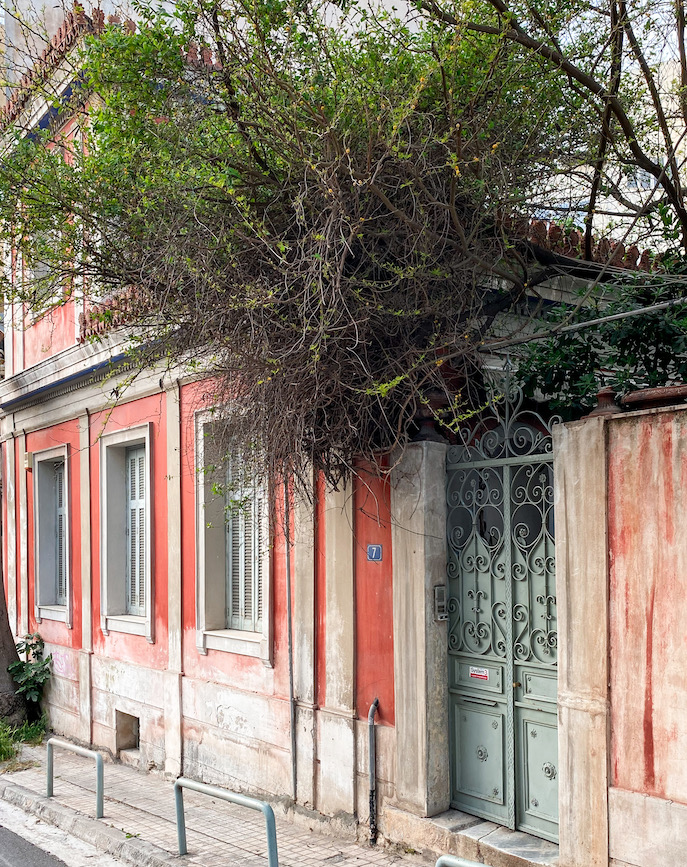 Something old, something new - In nearby Mets neighbourhood, the old gives an elbow bump to the new, with sights worth seeing such as the Kallimarmaro stadium and the sculpture-filled First Cemetery nodding at adjacent akrokeramo-trimmed 19th century houses, hipster bars, jazz clubs, and -once- very lively restaurants. Many of the cities celebrated chefs have used this quarantine time to serve delivery meals for those at the frontlines of the pandemic: the doctors and hospital workers. 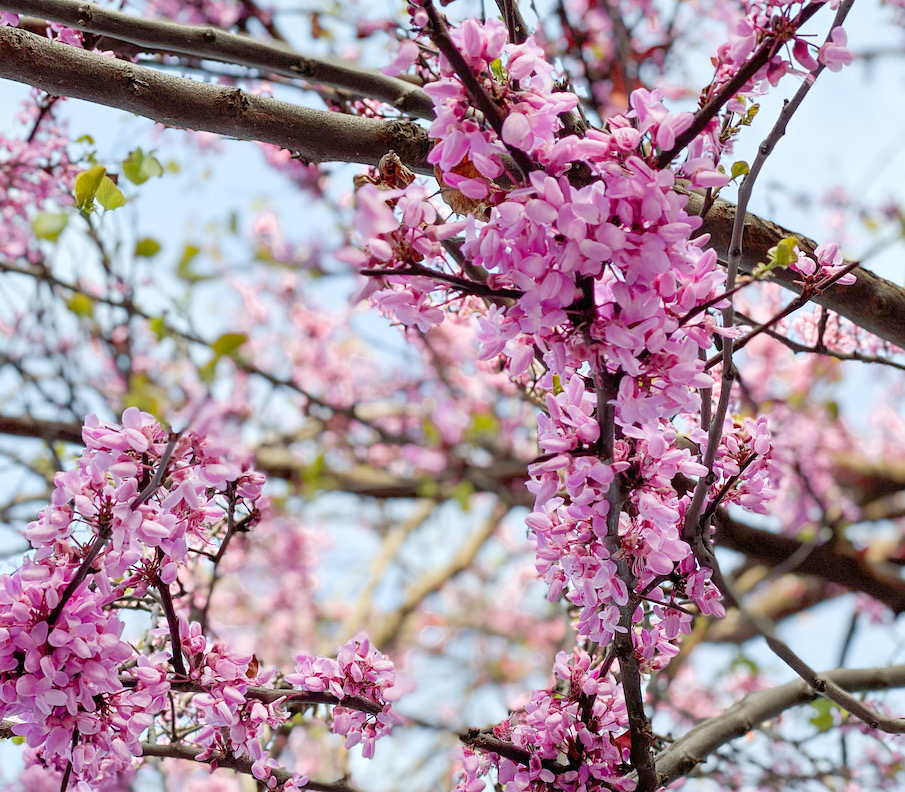 Nature’s secret is patience - Athens largest bougainvillea tree is on the usually bustling shopping artery of Mitropoleos street. During these slow months of quarantine, nature has flourished in the city with the blooms seeming brighter than ever, the seas of the Athens Riviera a turquoise blue, and the skies providing a phantasmagorical display of golden hues every sunset. 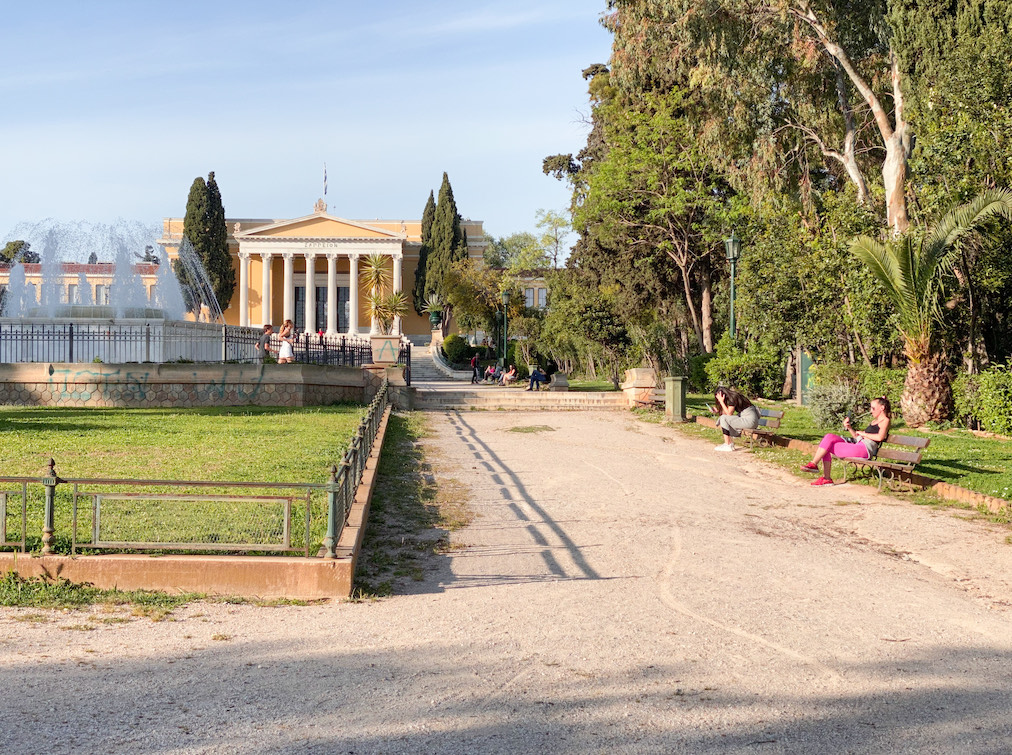 They ran, they pondered -  Within the sumptuous and fragrant National Gardens, the Zappeion Megaron has hosted major cultural events for the last 130 years. Notably during the first modern Olympic Games in 1896, the fencing events were hosted in its circular atrium; and during Olympic Games of 1906, it was used as the Olympic Village. It’s now providing an elegant, much-needed exercise and reflection spot for downtown locals. 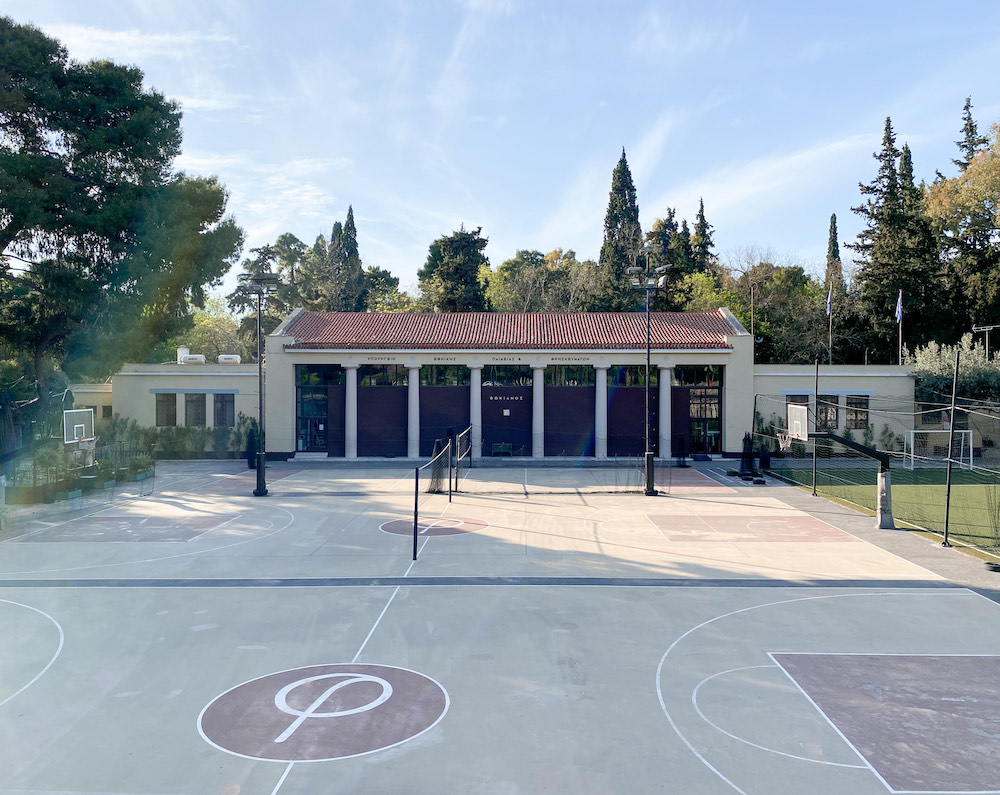 The emblematic 1000sqm Fokianos Sports park, established in 1897 as the Athenian National Gymnasium, also lies patiently in wait for the children and adults that gather there daily for the football, tennis, fencing, trampolining, basketball, cross-fit and the many other sports on offer. 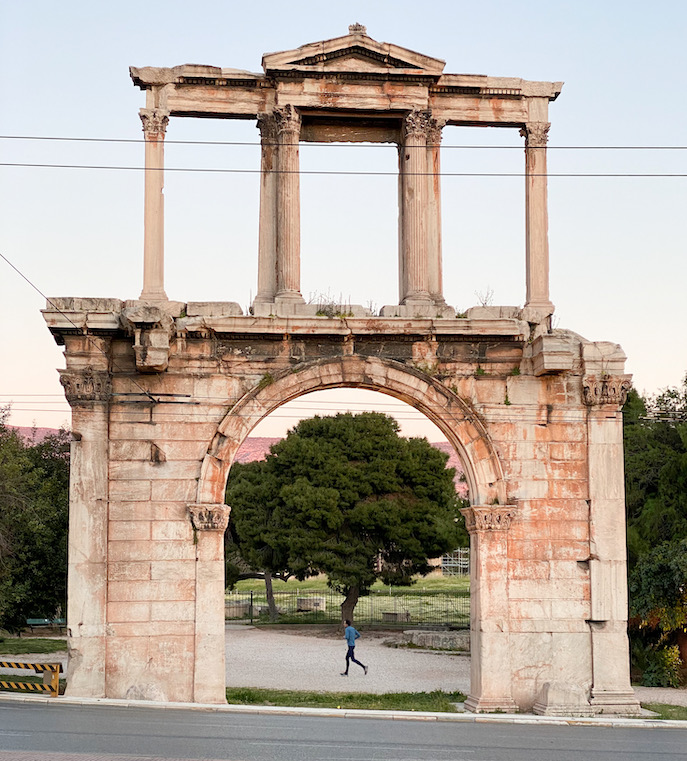 The monuments watched - A solitary jogger braves the heat for a run beyond the Arch of Hadrian erected in 131-132 A.D. in honour of Roman Emperor Hadrian, a benefactor of the city of Athens, as a triumphal marble arch, it embellished the-then-new district of Athens, constructed mostly during his rule and bearing his name, Hadrianopolis (City of Hadrian.) 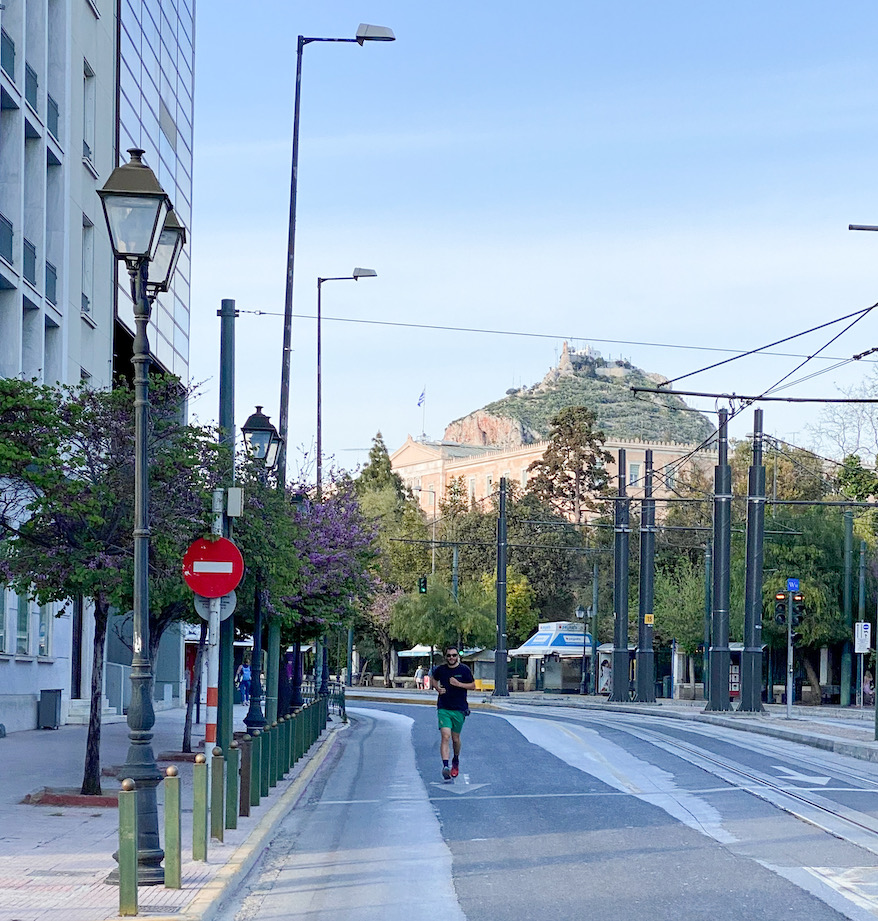 The streets whispered - Nearby, a usually impossible task, a runner jogs around Syntagma square (the Times Square of Athens) along an iconic avenue leading to the Parliament building and many of Athens’ most luxurious hotels.  Isolated in the distance, Mount Lykavittos and the small church of St George hover over the strangely silenced city. Lykavittos literally means "where the light hits at sunrise", but according to mythology its name can also be interpreted as "where wolves walk", because based on myth this is where the wolves found a last refuge during Periclean times. 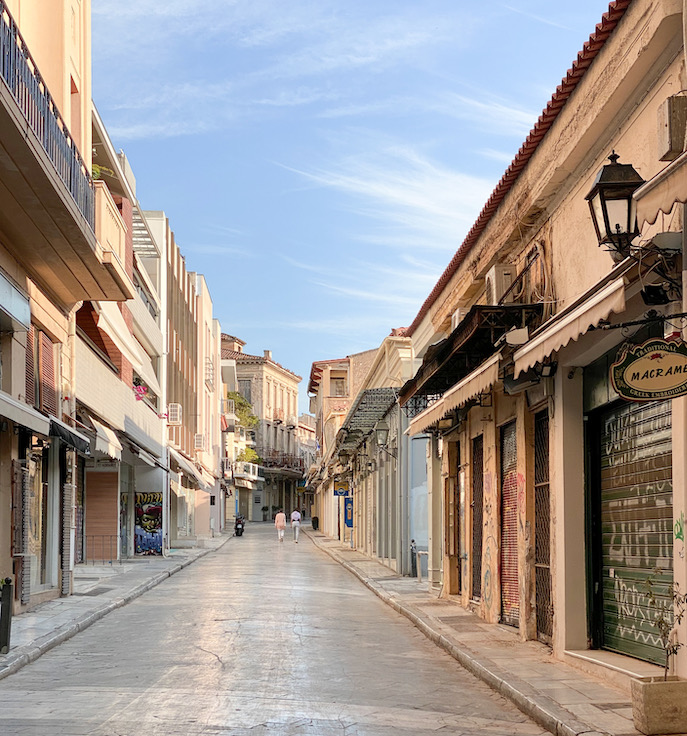 Similarly rare is the sight of a near-empty Adrianou street in the center of routinely bustling Monastiraki area; deep in the historic center of the Capital, this area welcomes crowds of tourists and locals alike, and is home to vibrant cafés, colorful stores, merchants of souvenirs, herbs, leather goods, and all types of artisans. 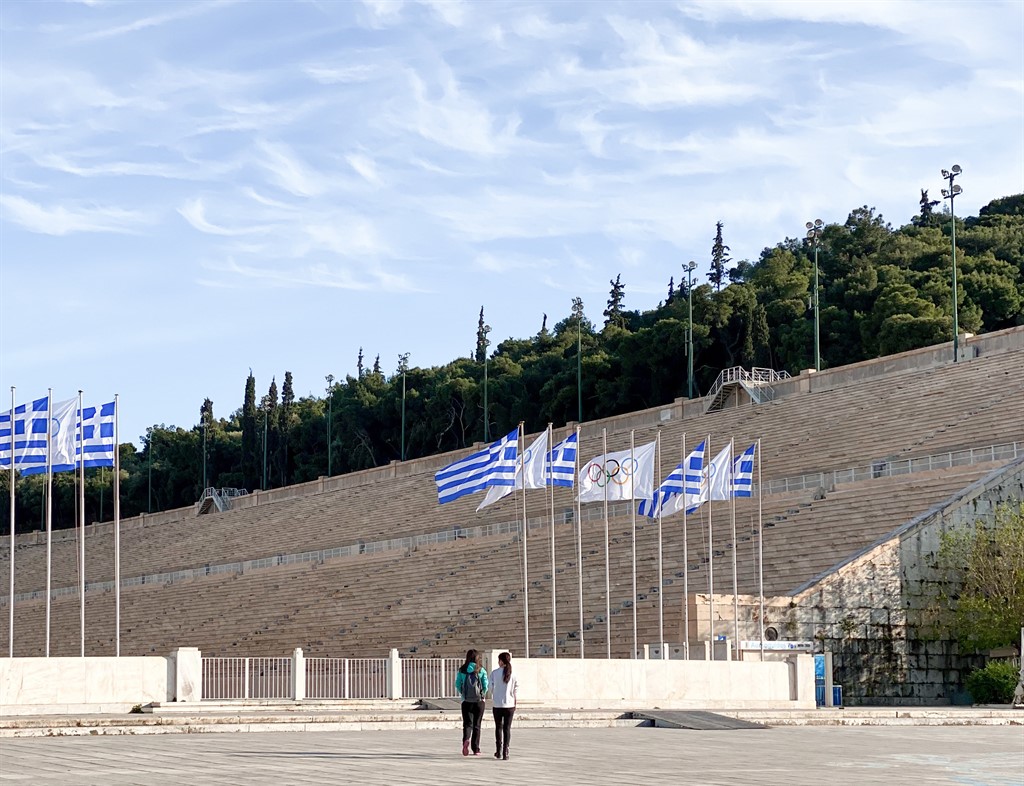 The flame burns on - A highly popular tourist destination, the spectacular Panathenaic Stadium (also known as the Kallimarmaro – made of fine marble) is the home of the first modern Olympic Games in 1896 and remains the only stadium in the world built entirely out of marble. The stadium has a capacity of 50,000 seats but played host to 80,000 spectators when the first Olympic Marathon was won by the Greek athlete Spyridon Louis in 1896. Spectators from around the globe also gather here for the triumphant finish of the Athens Marathon held each year.  As with the Olympic flame, our belief in travel as a unifier and educator burns on and we truly look forward to hosting you in our beloved city of Athens, and in our gorgeous and proud country once again. We will come together again, dreaming new dreams and journeying on new pathways. _

(with many thanks to our contributor G.Roumeliotis / Text by Elena Panayides)

A Home in Plaka

A church for every day of the year