The magnificent sculptures on Delos, the ancient centre of Cycladic civilisation, first brought art connoisseurs to Mykonos. As Mykonos has evolved into one of the world’s most desirable destinations — overshadowing its tiny sister island — global hotel chains, restaurants and fashion brands have followed. But there’s a growing number of art collectors too, largely thanks to the visionary duo behind Rarity Gallery. 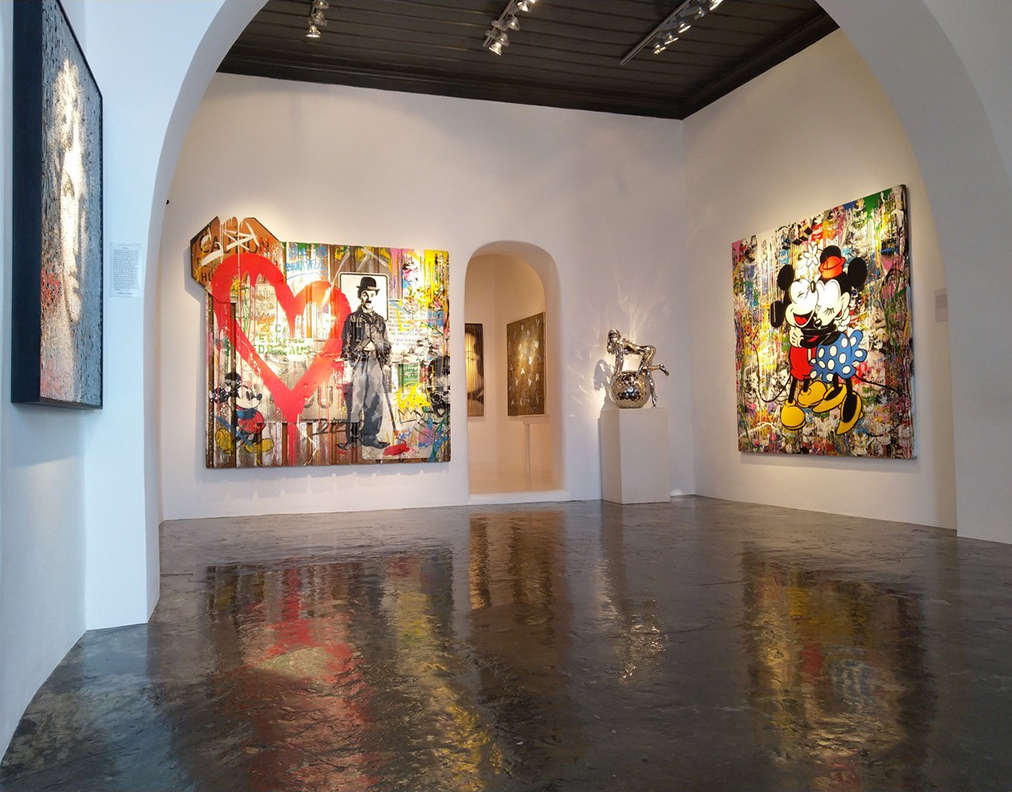 Since its opening in August 1994, in Mykonos, Rarity Gallery has been solely dedicated in the display of the broadcast spectrum of contemporary visual arts and aesthetic. For over 25 years, it continues to be the foremost pioneering greek gallery, the only one that introduced momentous artists such as Julian Opie, Stephane Balkenhol, Carole Feuerman, Patrick Hughes, Hunt Slonem, Sean Henry and Roberto Bernardi for the first time in Greece. Housed in a minimal renovated Mykonian manor house of the early 20th c., Rarity Gallery inaugurated on May 1st, 2018 the Rarity Summer Contemporary Exhibition. 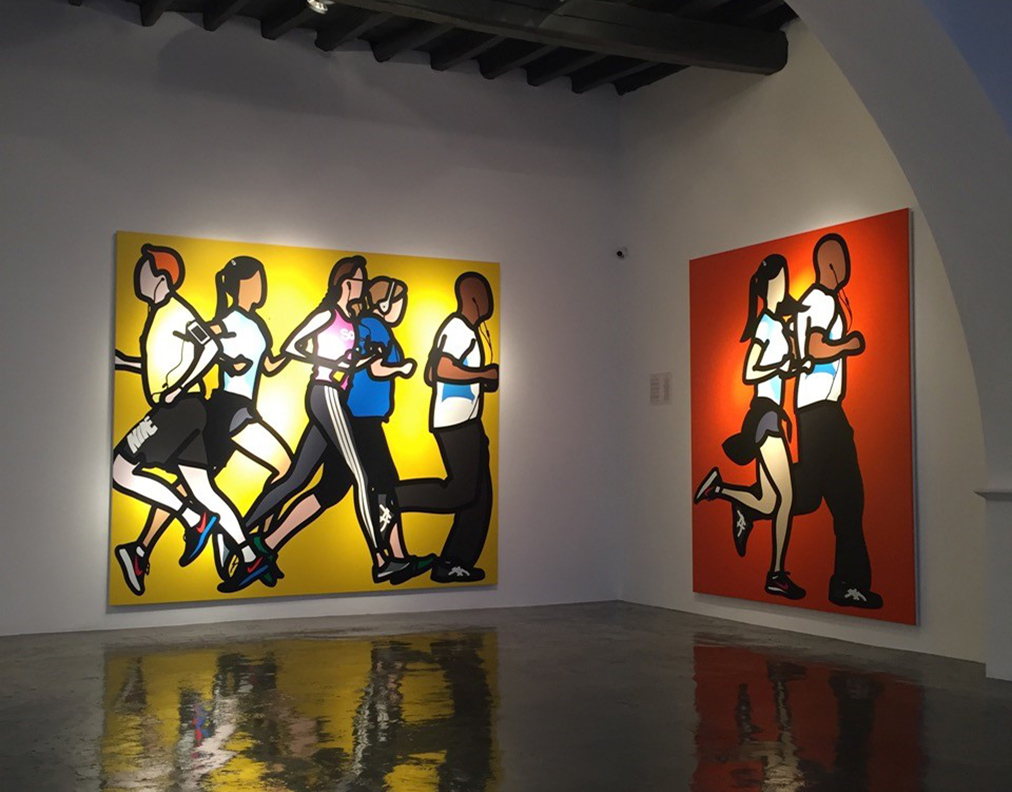 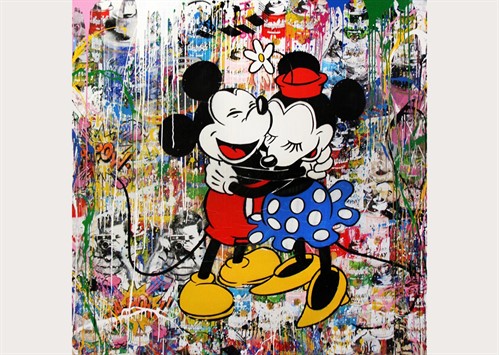 Mr Brainwash, the French street artist and videographer known for his large-scale installations and prints of celebrities like Madonna, Kate Moss, and Marilyn Monroe, will also have a solo show in July. His subversive style fuses historic pop imagery and contemporary cultural iconography to create a pop–graffiti art hybrid, first popularised by Banksy, Andy Warhol and Keith Haring. Working with layers of screen print and stencilled images, his vibrant compositions are like graffiti walls plastered with 20th century iconography.

A prosperous island with a powerful shipping history, Andros has long enjoyed a sophisticated cultural life. In the 19th century, rival shipping dynasties used patronage as a show of power, bequeathing an archaeological museum, a maritime museum, and the Kairios library, a trove of rare manuscripts, all located in the grand, marble-paved capital, Chora.

The most recent cultural landmark was inaugurated in 1979: The Museum of Contemporary Art (MOCA), purpose-built by Basil and Elise Goulandris to house the monumental sculptures of local artist Michael Tombros, which he bestowed to his native island. Using local marble and stone, the museum blends in perfectly with the surrounding mansions. 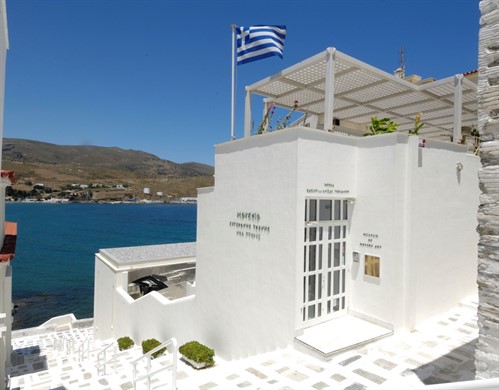 As the Goulandris family amassed their own $3 billion modern art collection, they expanded the museum, adding a 1000-square-metre wing across the street in 1986. The finest masterpieces in MOCA's private collection, including works by Warhol, Pollock, Matisse, and Cezanne, will soon be on permanent display in Athens, when the Goulandris Museum of Contemporary Art opens in spring 2019. On Andros, the collection focusses mainly on 20th century Greek art. 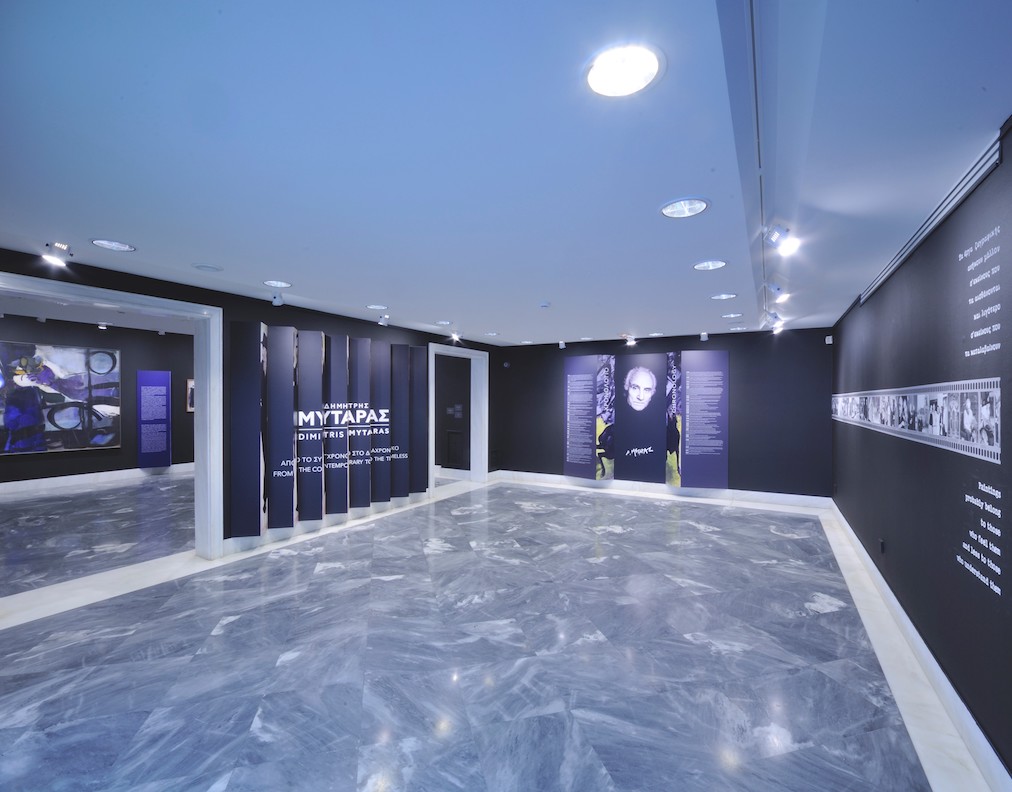 From the Contemporary to the Timeless (1 July – 30 September 2018) is a fascinating retrospective of Dimitris Mytaras' sixty-year oeuvre. The exhibition highlights the artist’s stylistic diversity and technical dexterity, following his transition from naturalist depictions of the human figure to more expressionist works. After  the imposition of the junta in Greece, Mytaras used art as a means of protest, incorporating photographic documents and a muted palette into his work to condemn the regime. The gradual appearance of female forms gave his later work renewed vitality. 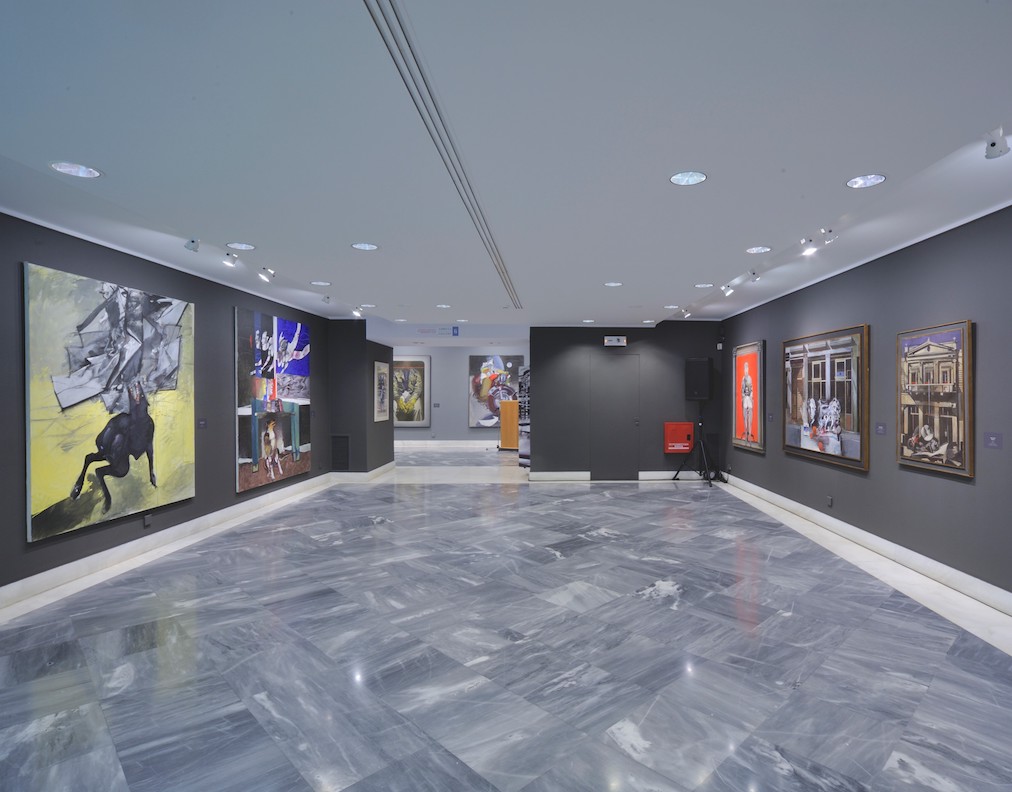 As well as a distinguished painter, Mytaras was also a poet, set designer, and illustrator. MOCA was granted privileged access to Dimitris Mytaras’ impressive archive, so the exhibition includes a surprising array of unpublished work, shedding light on little-known details of the artist’s life and work. 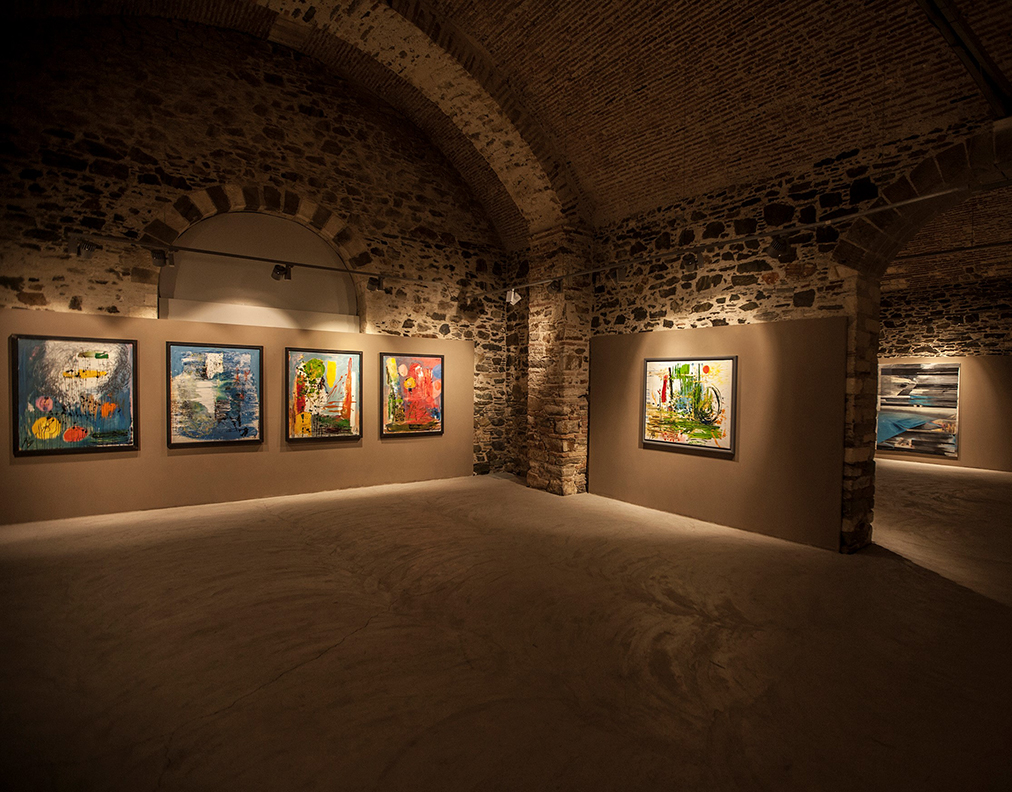 Once Greece’s foremost ship-building centre, Syros still has a thriving boatyard at Neorio. But ferries dock on the opposite, north pier of Ermoupoli, right alongside the old Customs Office complex. Built in 1834-1839 to blueprints by the Bavarian architect Johann B. Erlacher, the buildings once accommodated fourteen warehouses. Ships would dock alongside and unload their cargo directly into the depots. In the mid-20th century, the buildings fell into disuse. Since 1994, four of the vaulted, exposed stone warehouses have been converted into the Cyclades Gallery, an atmospheric setting for temporary exhibitions. 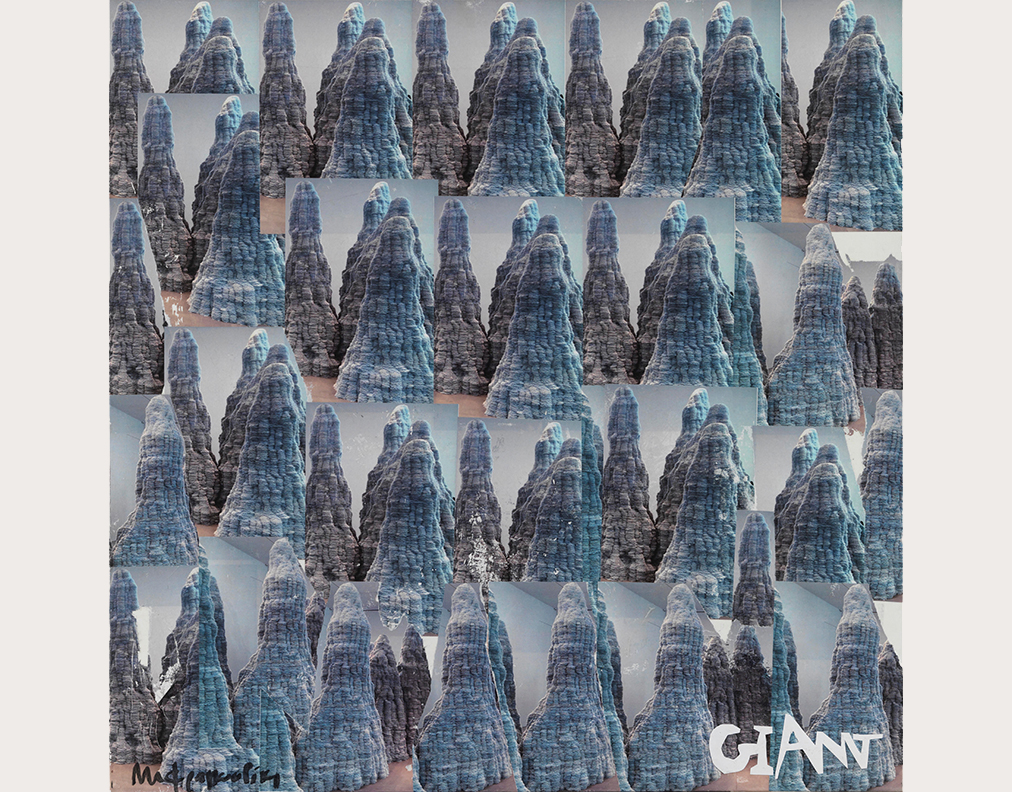 Maria Fragoudaki, one of the leading artists of her generation, with a background in chemistry and pharmacology, informs her fascination with the physical properties of materials. Poised between abstraction and expressionism, her large-scale canvasses combine paint with textured layers of feathers, rubber, bubble wrap, plaster, wire and string, a visually and emotionally complex exploration of colour and composition. Sometimes, she even incorporates dance and performance into her work. 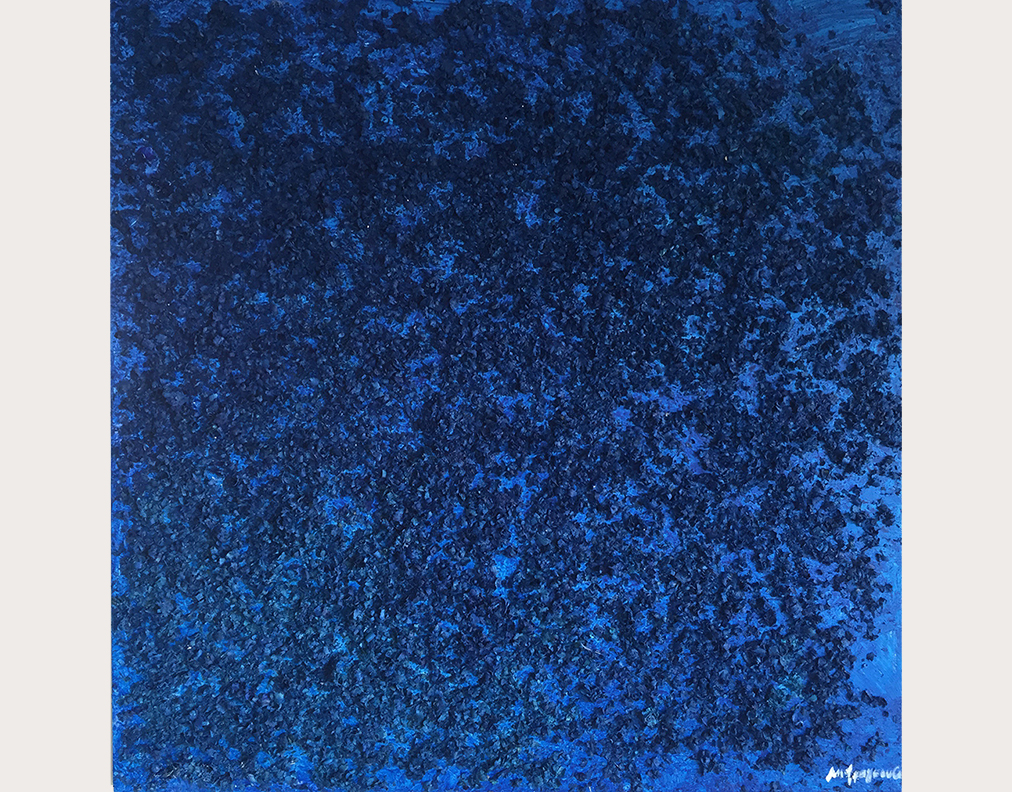 Transformation, Reconstruction, Composition brings together Fragoudaki’s recent work, including pieces from her renowned Bed Sheets series, in which she explores the notions of sleep, safety and comfort. The Cyclades Gallery will also show work by the pioneers of Greek abstraction, such as Yiannis Spyropoulos, Alekos Kontopoulos, Thanos Tsingos, Marios Prasinos, Theodoros Stamos, Yannis Gaitis, and Nikos Kessanlis. Join us for the private view on July 21, 2018. The exhibition runs through August 26, 2018.

#The Art Scoop , Rarity , MOCA , The Gallery of Cyclades
Share :