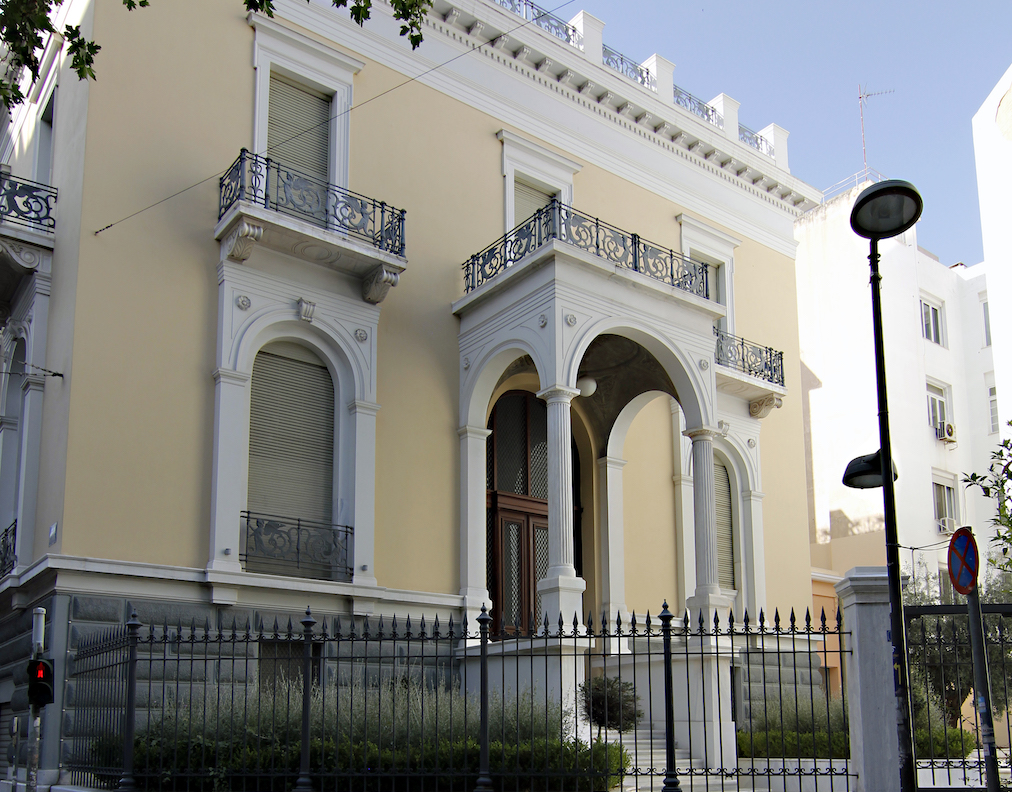 Designed by Ernst Ziller, the stunning former home of the Greek Film Archive had been empty for years. Eric Allouche (who runs the prominent Allouche Gallery in New York) and Greek American curator George Benias have leased the historic landmark from the Greek state. The soaring salons, with their marble fireplaces and polished wooden floors, make a stunning backdrop for the gallery’s roll call of high-profile global artists. 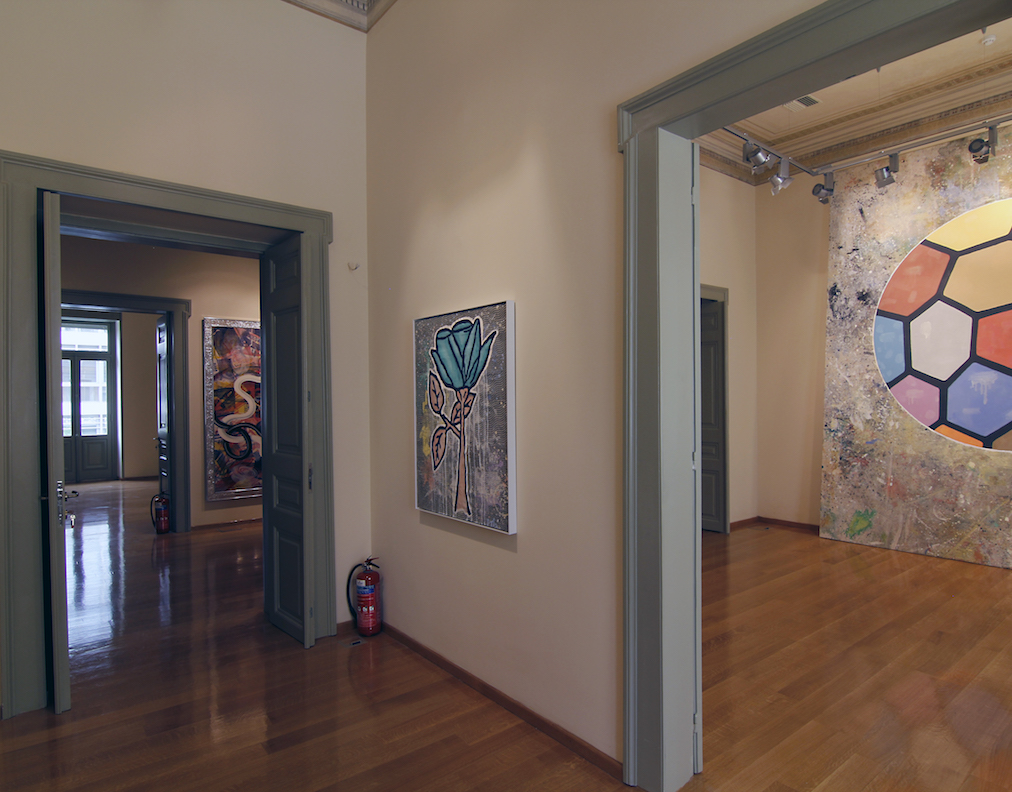 First up: a group show of four leading American artists:Donald Baechler, Ross Bleckner, Kenny Scharf, and Enoc Perez. The first three were part of the influential New York art scene in the late 80’s, along with Andy Warhol, Jean-Michel Basquiat, Julian Schnabel, and Keith Haring. Perez took up their movement to revive painting in the early 90’s. The group show is staged as four distinct exhibitions, opening up a creative dialogue between these four iconic artists.

Catch the show now until August 31, 2018. Don’t forget to check out the roof terrace, which has wonderful views across downtown Athens.

Thessaloniki with the best