Underlining the solemn mood of the Holy Week, music is a big part of Easter celebrations in Corfu. Brass and wind bands march mournfully alongside the Epitaphios, the funeral bier paraded through town on Good Friday. However, the following day, musicians quick step joyfully through town, alongside statues of the Virgin Mary and the local patron saint, St. Spiridon, to commemorate Christ’s resurrection. 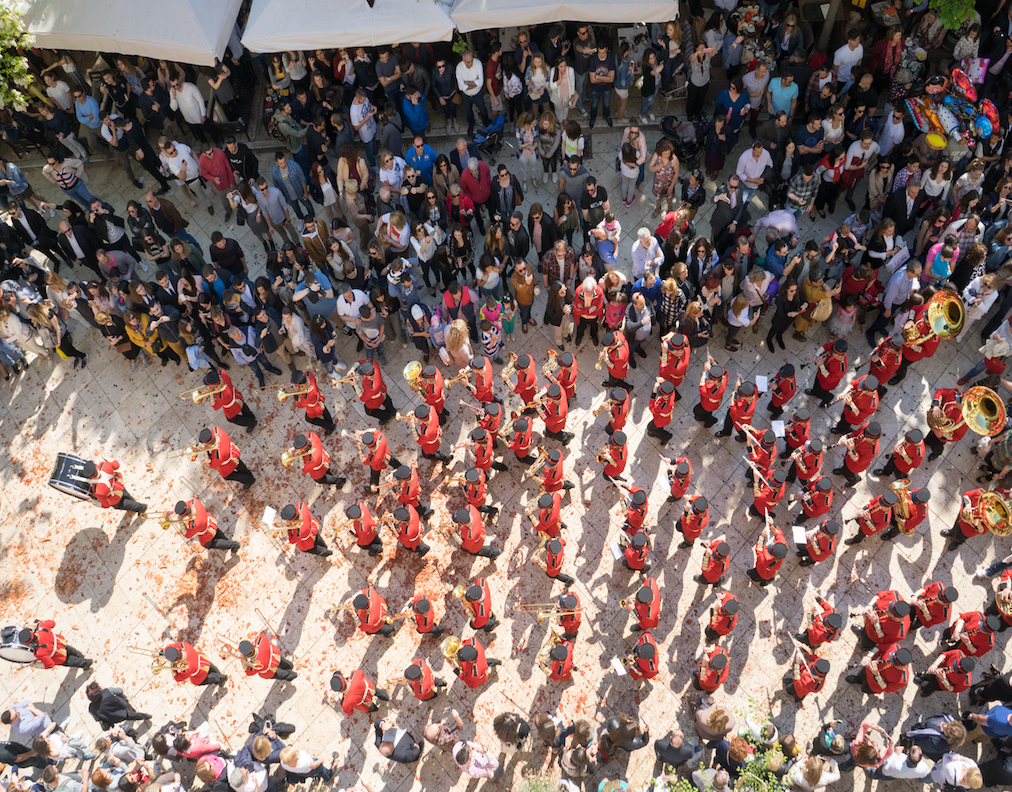 On Easter Saturday, this lively parade is almost drowned out by the sound of pots smashing onto cobblestones, as locals fling earthenware urns full of water from their windows and balconies. The roars and cheers of the crowd mingle with hundreds of peeling bells and a volley of canons fired from Corfu’s old fortress — a boisterous expression of joie de vivre. 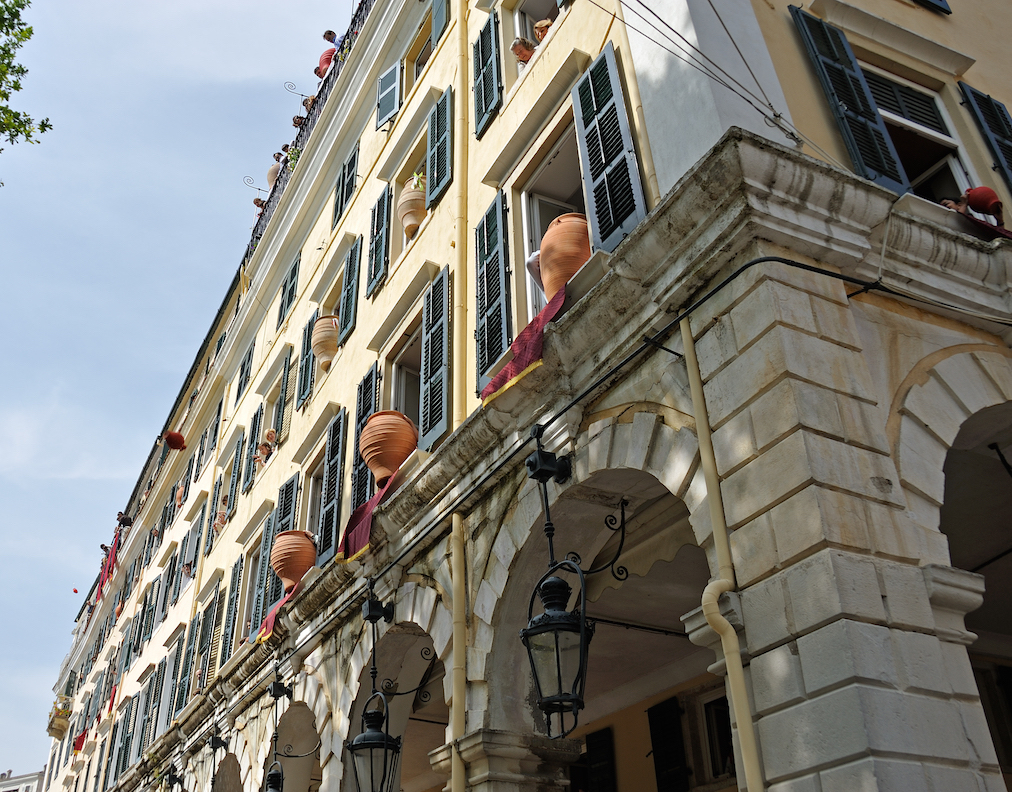 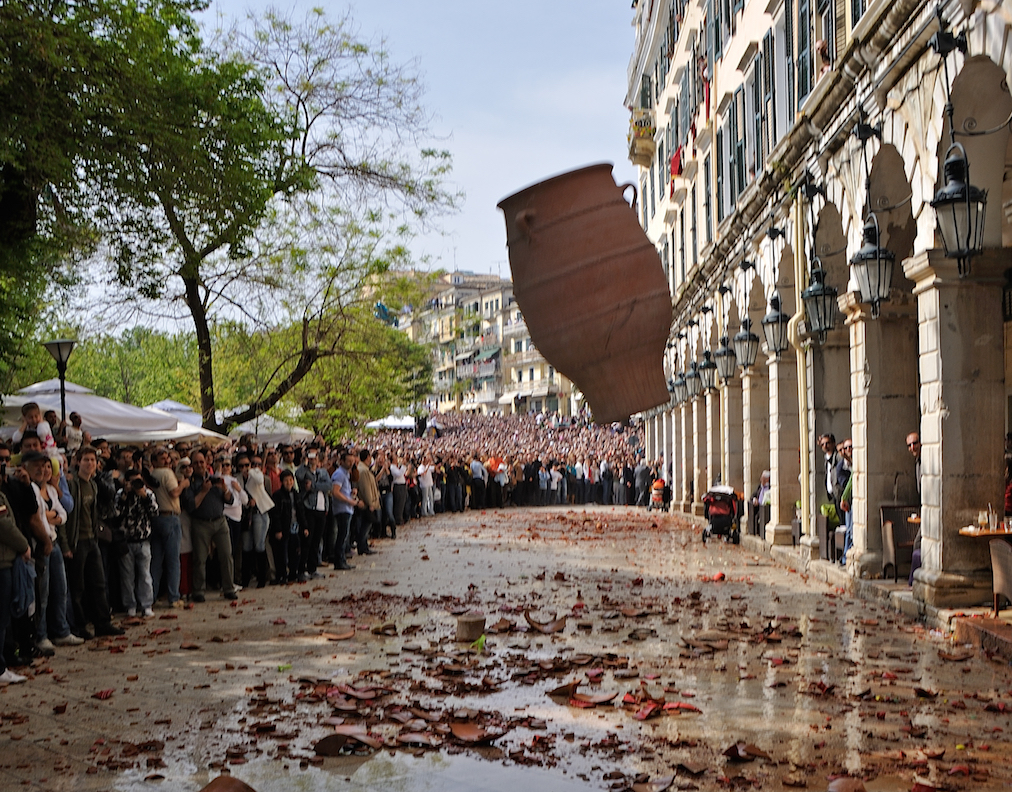 This pot-smashing practice, said to exorcise evil spirits, probably originates from the Venetians, who used to throw old objects out of their windows on New Year’s Day, in anticipation of a wealth of new things in the year to come. Another theory is that the custom dates back to the ancient Greeks’ attempts to bring Persephone back from the underworld and hasten the arrival of spring. Whatever its origins, there are thousands of spectators who wouldn’t miss this annual pageant for anything.