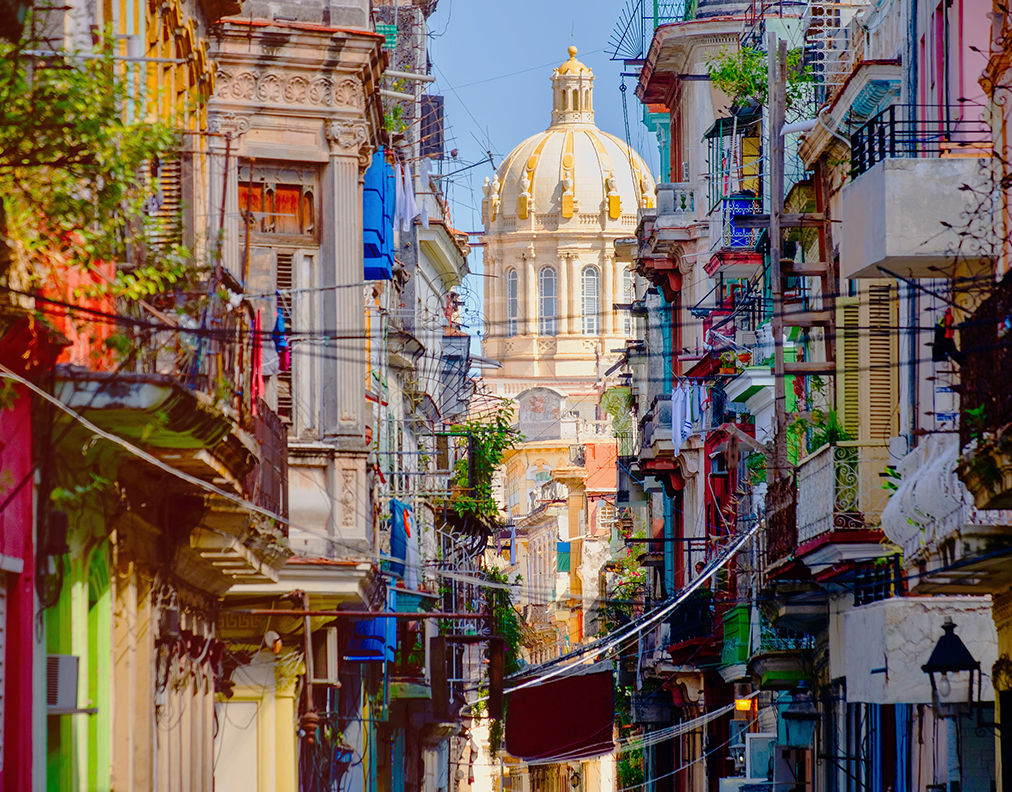 The Old Havana, La Habana Vieja, is the city’s historical center, legendary for its sun-kissed, colorful facades and maze-like cobbled streets. The best way to explore it is from the back of a vintage convertible from the fifties – why not a pink Caddy? Listen to hip-swinging tunes pouring out from every corner or open window, and stop at charming little stores, for a true habanero cigar or to casually browse at pre-revolution memorabilia. 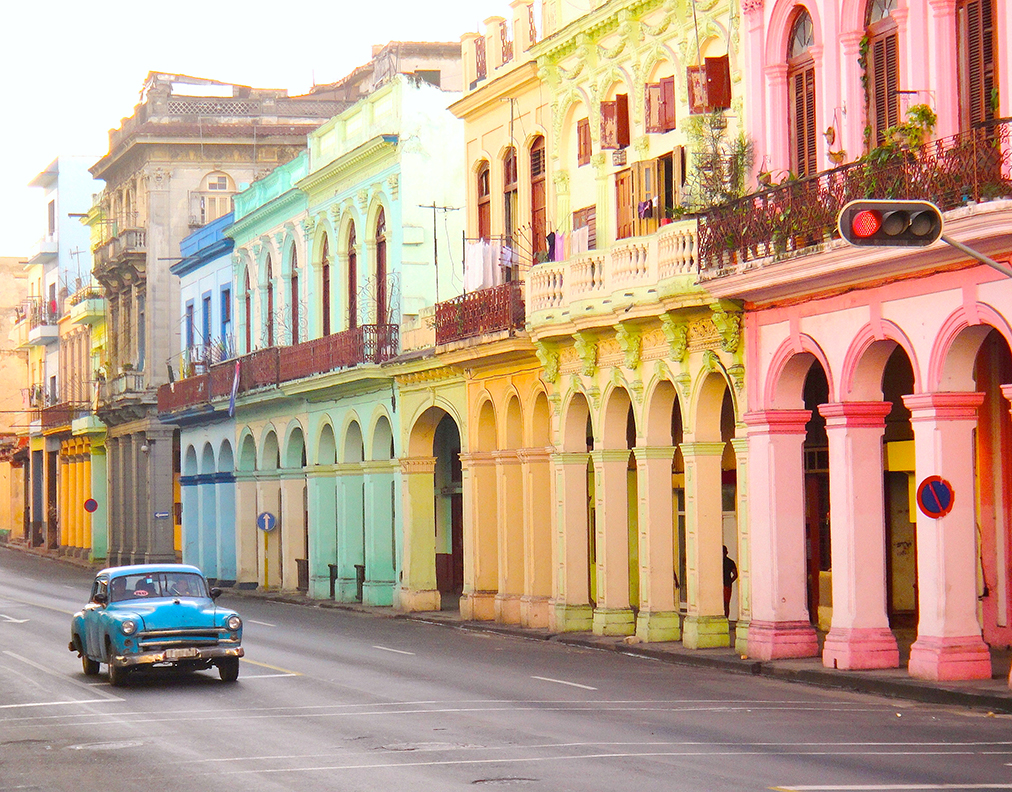 Much like the music, art is everywhere; artists sell sketches on the streets, fascinating murals are spread out across the city, and innovative art spaces support the most upcoming in Latin American art. Havana’s art scene is currently pulsating at the rhythm of the 13th Havana Biennial, the largest visual arts event in Cuba, which is held from April 12 to May 12, 2019.  More than 200 artists from around the world come together in their rebellious spirit of impressive street installations, gallery exhibitions and live events. 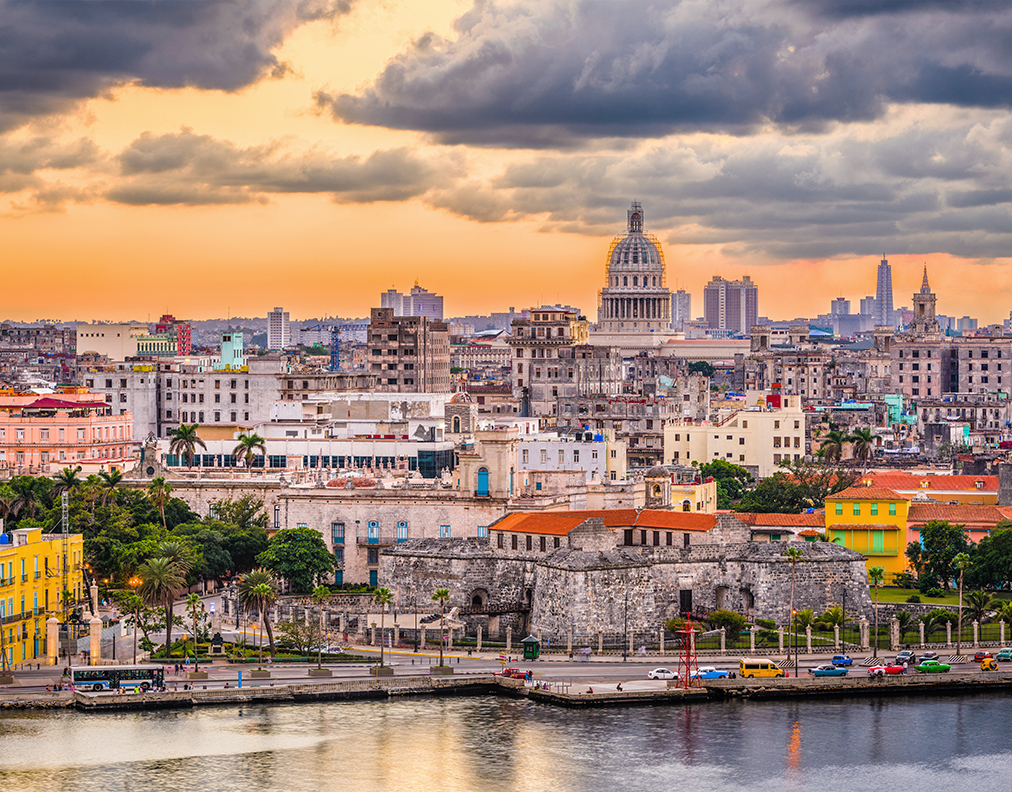 In Havana some things are ritualistically familiar; as dusk starts to cast its lilac spell, the locals head to El Malecon. This iconic, five-mile seaside esplanade is a social hotspot, where hundreds of Cubans congregate to eat, drink, play music and mingle. 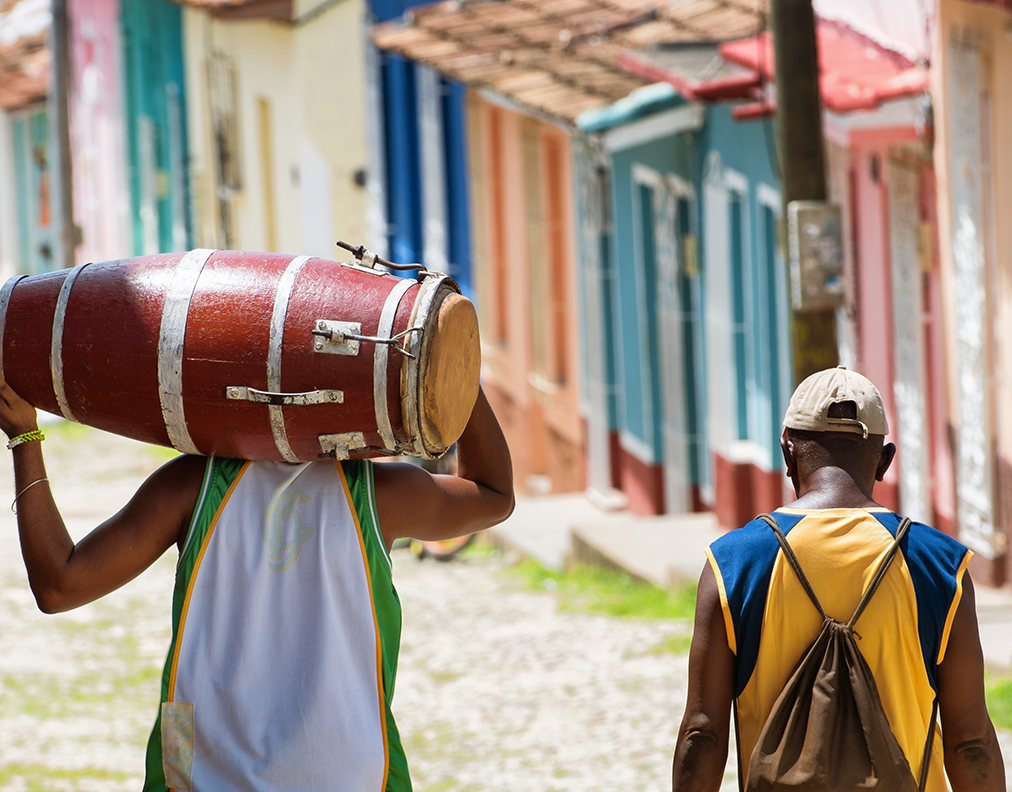 Back to the city center, an array of small, family-run restaurants, usually in a converted part of a Cuban home, called paladares, has been stirring things up in the culinary scene. And the night is still young; begin exploring Havana’s exuberant nightlife by hitting one of the many legendary bars hidden in the streets of the Old City. Let yourself be thrown back to the days of Hemingway and the Prohibition, sipping on the world’s best rum, lighting up a Cohiba and moving to the rhythm of the jazz band. 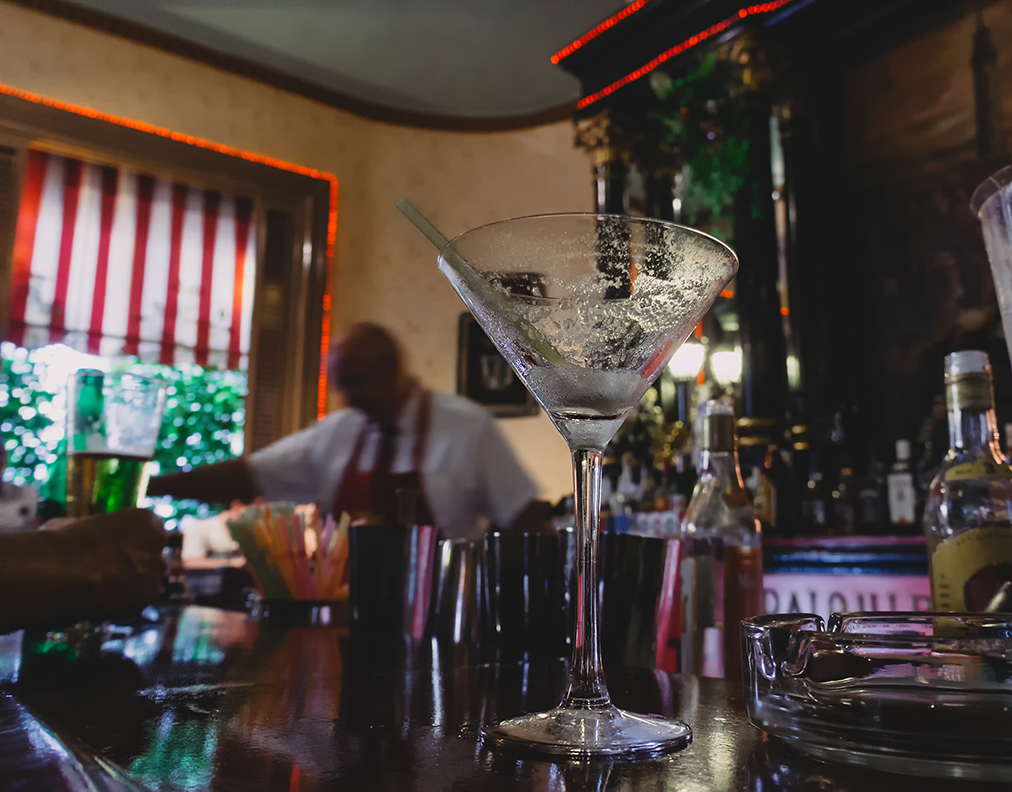 It is said that Cubans don’t like to wander in graveyards for fear of spirits clinging on to them. Yet, it seems like Havana is a city where spirits of the past endure in every name still carved on the wooden furniture of its bars, in every vintage Chrysler roaming the streets, in every tiny shop selling stamps and photographs from a time long gone. 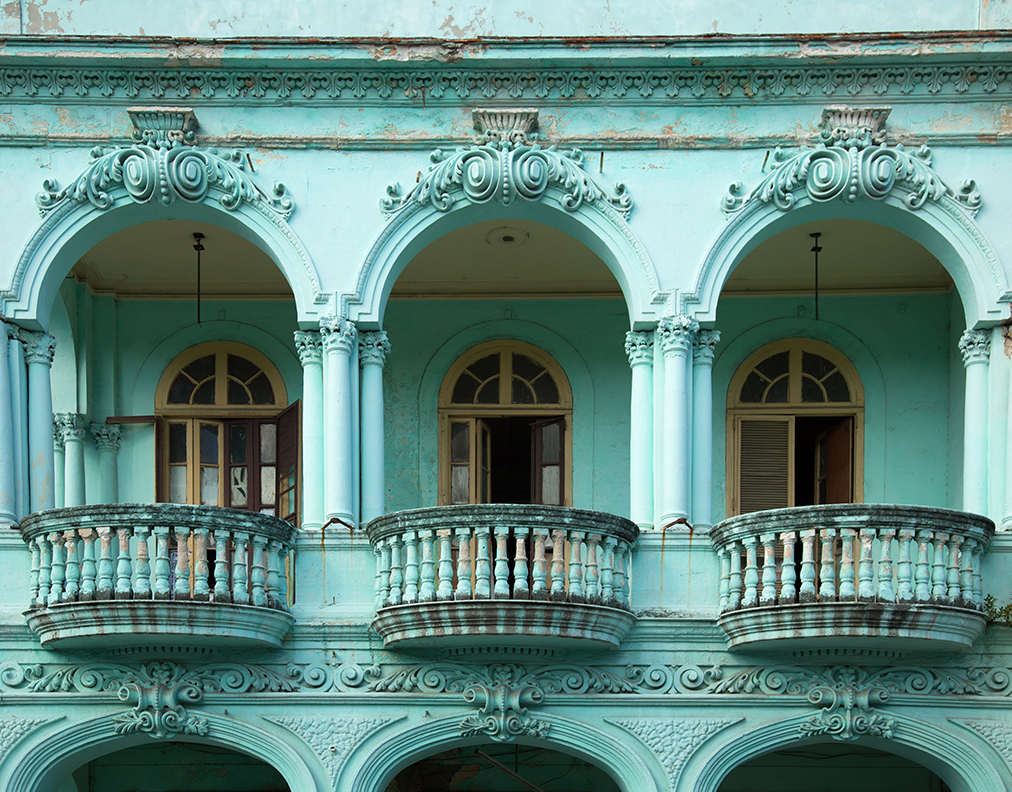 In a world where abrasive modernity rules, this charming backwardness is refreshingly retro and intensely gratifying.