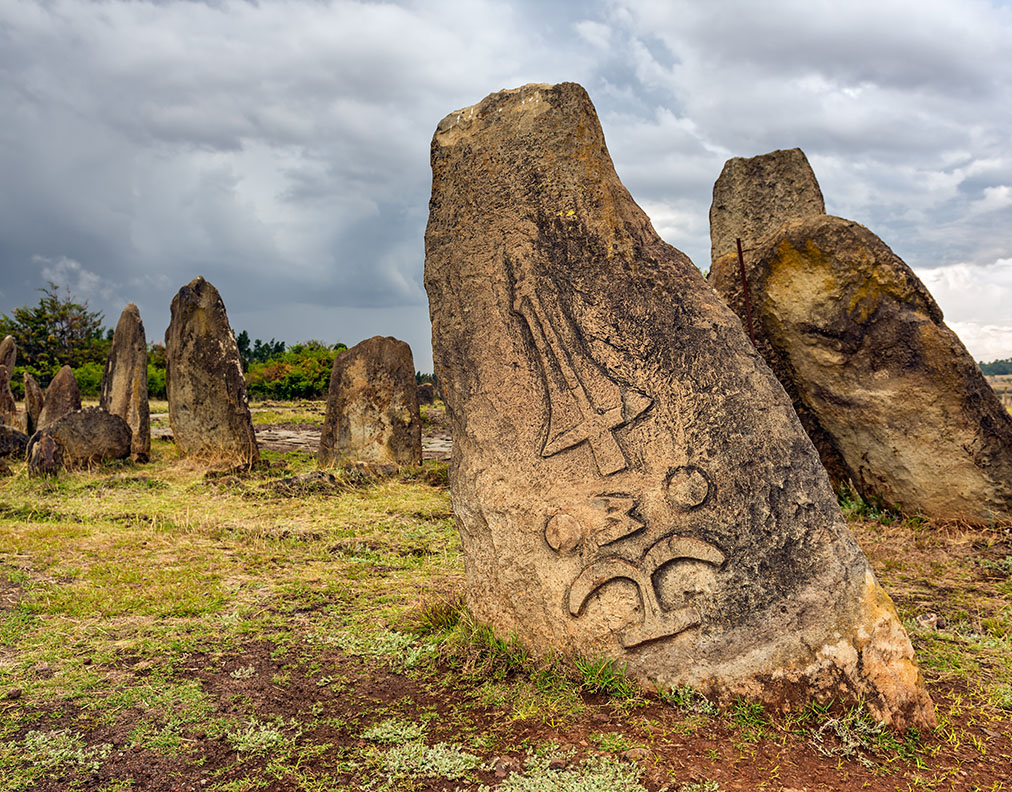 With Ethiopian Airlines resuming direct flights from Athens to Addis Ababa for the first time in 18 years, now is the time to discover Ethiopia before everyone else realises what they’ve been missing. Currently enjoying an artistic and economic renaissance, this land-locked nation combines a dizzying potpourri of cultures, landscapes, and experiences. 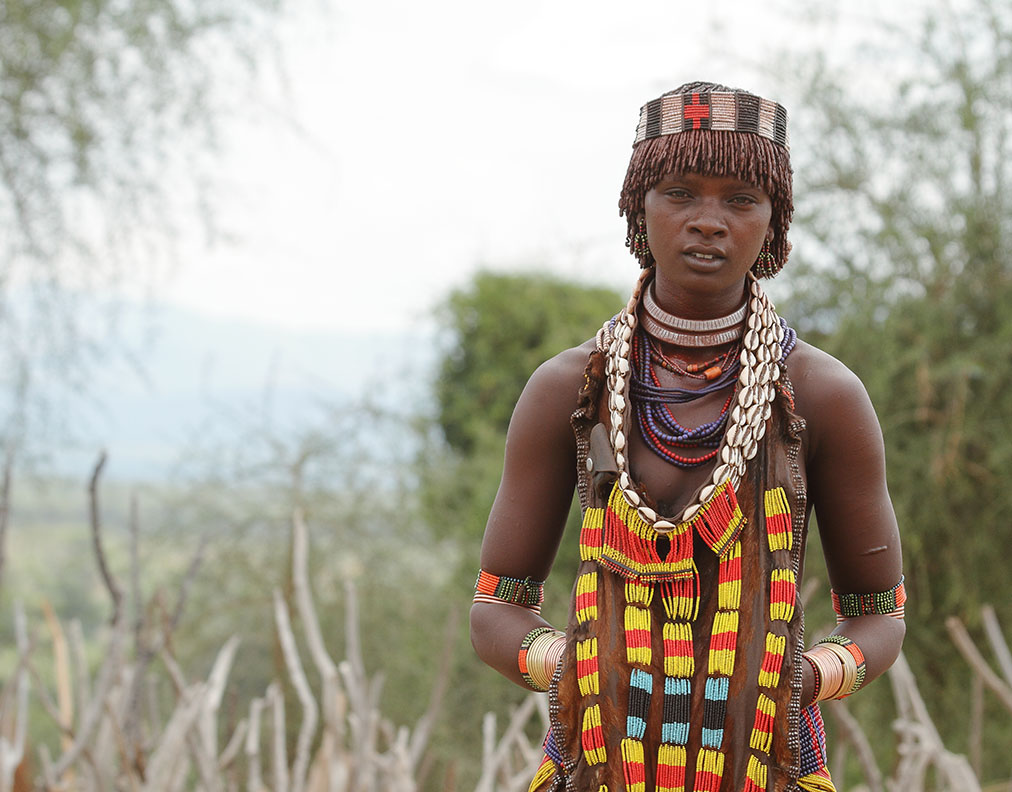 Home to more than 80 ethnic groups, whose ancestors go back at least 3000 years, Ethiopia is like several countries rolled into one. The vibrant capital, Addis Ababa, is a thrilling mix of 1950s modernism, mystical Menelik remains, and futuristic high rises. It’s also home to Mercato, the biggest craft market in Africa, cool coffee shops selling the finest Arabica, and sultry cocktail bars infused with the infectious beats of Ethio-jazz. 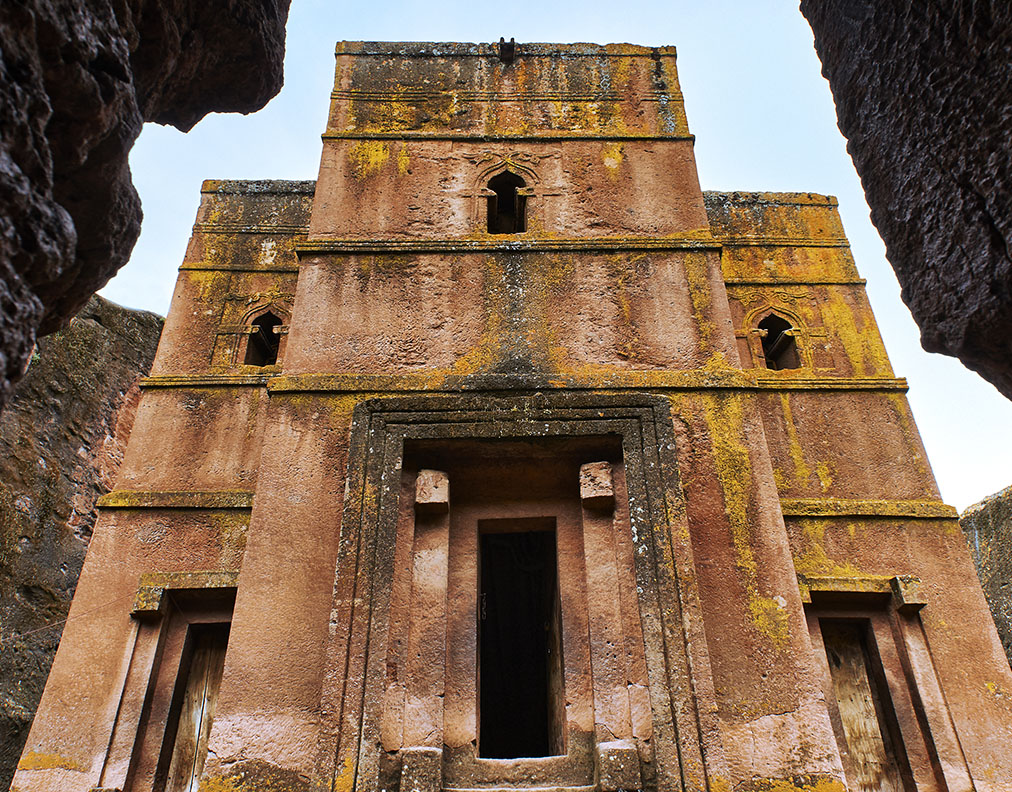 Most visitors make a pilgrimage to Lalibela, a cluster of 800-year-old underground churches carved by hand from solid pink rock. More like a trip into the Old Testament, this World Heritage Site attracts Coptic Christians from all over the world. Swathed in white robes, they chant and pray by candlelight. Barely visible from a distance, these monumental structures are even more astonishing when viewed from a hot air balloon, drifting above the arid plains. 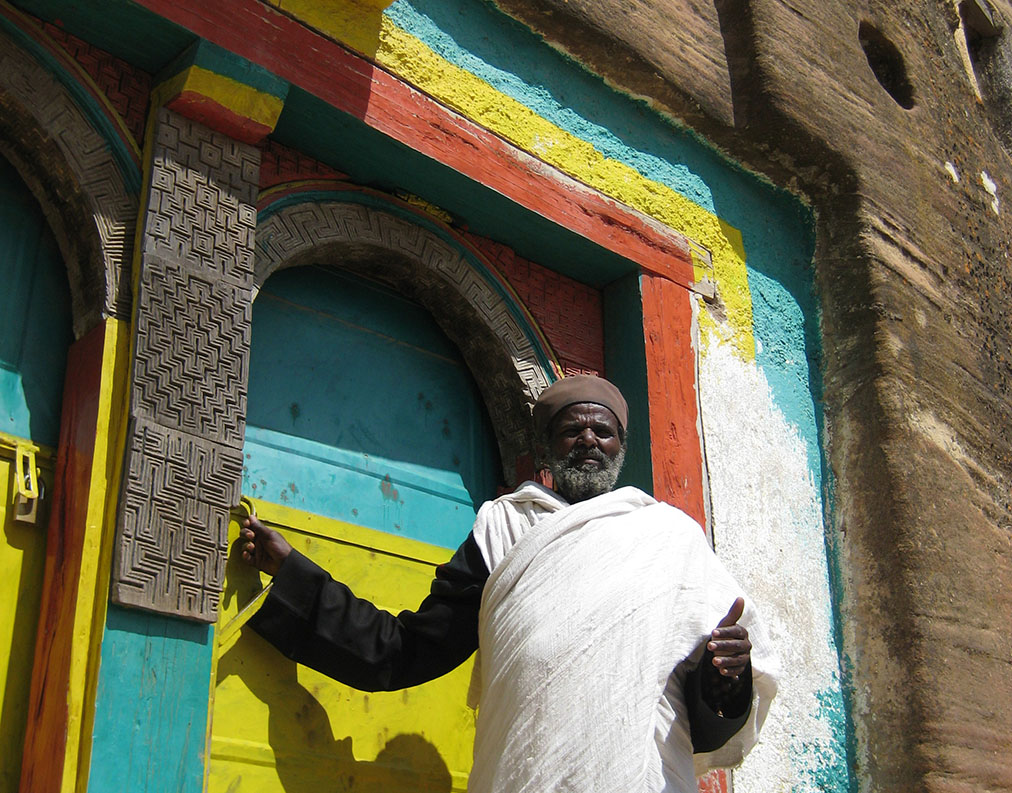 Muslim pilgrims stream through the five gates of the fortified city of Harar Jugol, which conceals 82 mosques in its maze-like alleys. Wolf, ibex, and baboons roam the flat-topped peaks of the Simien Mountains National Park. In the Danakil Depression, one of the hottest, driest places on earth, caravans of patient camels carry blocks of just-harvested salt across the scorched, flat earth. The dry savanna of the Omo Valley is home to several of Africa’s most traditional tribes, whose colourful rituals remain unchanged for centuries. 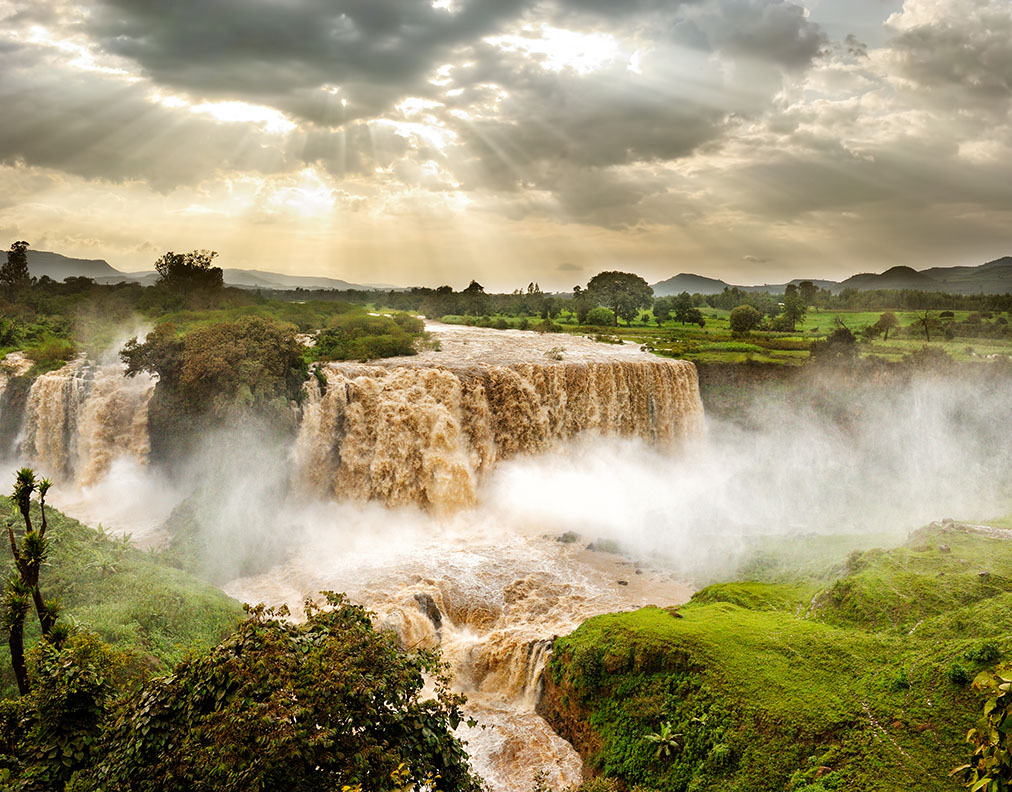 A handful of wonderful eco-lodges is opening up this vast wilderness to intrepid travellers. You could practice yoga on a clifftop surrounded by a receding horizon of endless peaks and canyons; or sleep in a round thatched hut in the highest altitude hotel in Africa. Here, little has changed since Dervla Murphy wrote in her epic 1968 travelogue, In Ethiopia with a Mule: “It seemed to me that a day’s trek could have no happier ending than to sit in moonlight on a high mountain drinking with a friendly crowd and being serenaded by a wandering minstrel.”