It may be America’s ‘second city’, but Chicago is in a league of its own, especially when it comes to the arts and architecture. 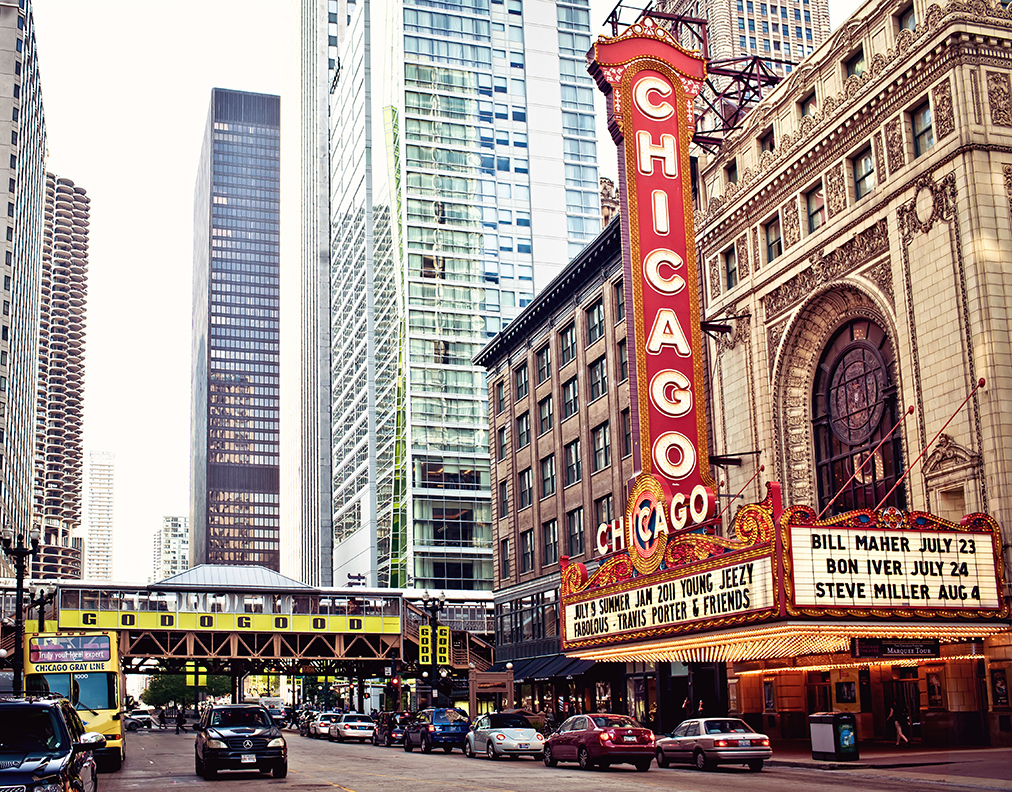 After the Great Chicago Fire of 1871, which left one third of the city’s population homeless, the city went through ‘the Great Rebuilding’. Since then, Chicago has built the tallest building in the world (twice); mapped out the 319-acre Grant Park; constructed the Navy Pier (a major attraction for families with its ferris wheel and fairground rides); and transformed an industrial wasteland into the Millennium Park, where you can catch outdoor concerts in Frank Gehry’s Pritzker Pavilion or marvel at the city’s skyline reflected in Cloud Gate, a massive silver bean created by Anish Kapoor. 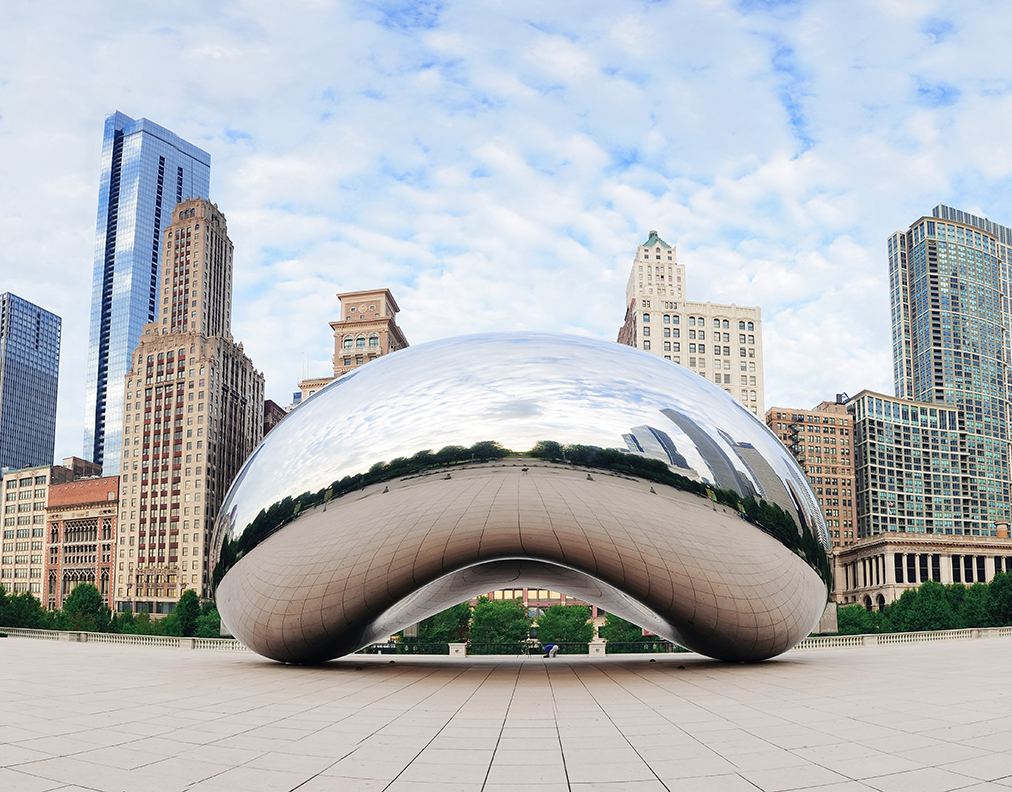 An even more thrilling way to admire Chicago’s architecture is from the water. The Architecture Foundation River Cruise reveals how Chicago grew from a small settlement into one of the world’s largest cities in less than 100 years. The tour takes in 50 of Chicago’s most iconic landmarks, including Mies van der Rohe’s IBM Plaza. 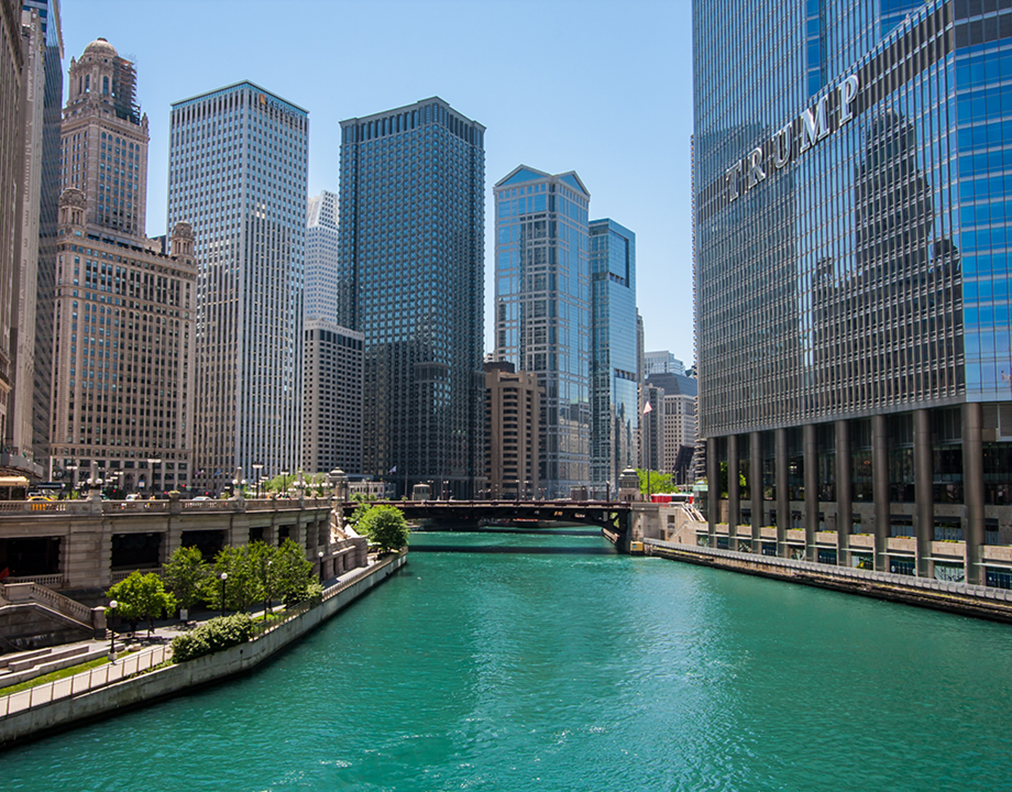 The fearless should make a pilgrimage to Skydeck and step out onto The Ledge, a glass box jutting out of the 103rd floor, with 360-degree views spanning 50 miles and four states. The foolhardy might like to try TILT, a glass viewing platform that tips you towards the Magnificent Mile, Chicago’s finest shopping strip, 94 floors down. 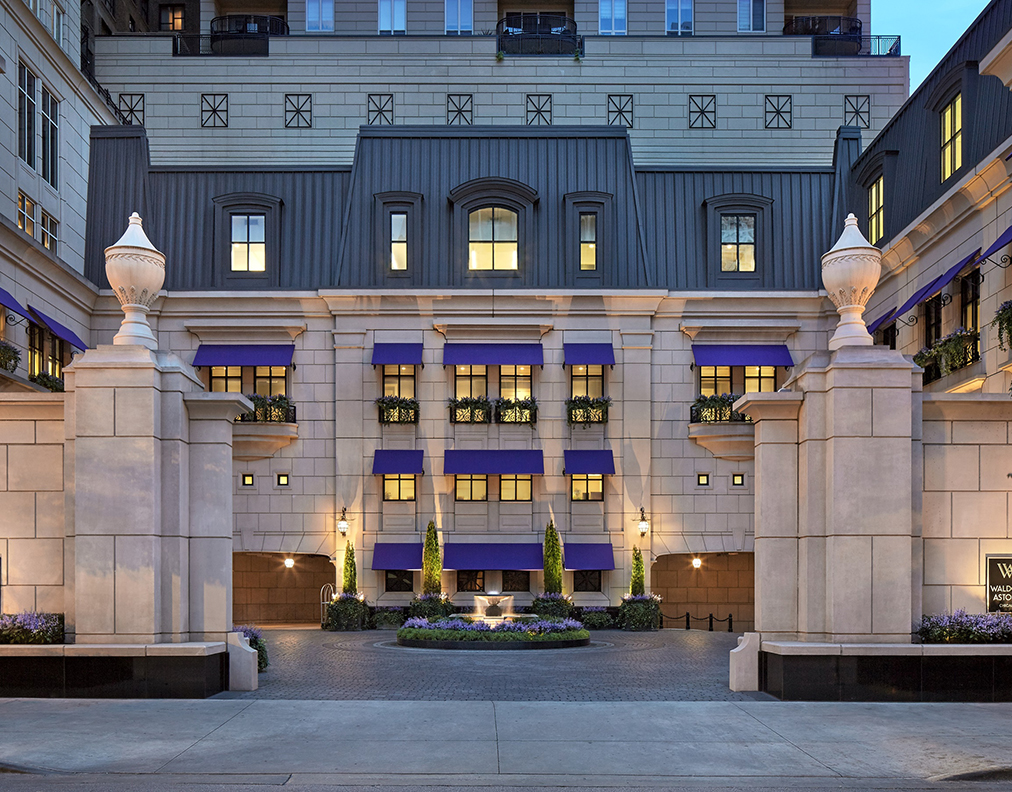 Recover your composure with an Ashiatsu deep tissue massage or a classic cocktail at the Waldorf Astoria Chicago nearby. This Art Deco landmark is one of the city’s newest luxury hotels. Situated in the swanky Gold Coast neighbourhood, it’s in the heart of the Chicago’s upscale shopping district, and conveniently close to many of the city’s 22 Michelin-starred restaurants and 40 museums.