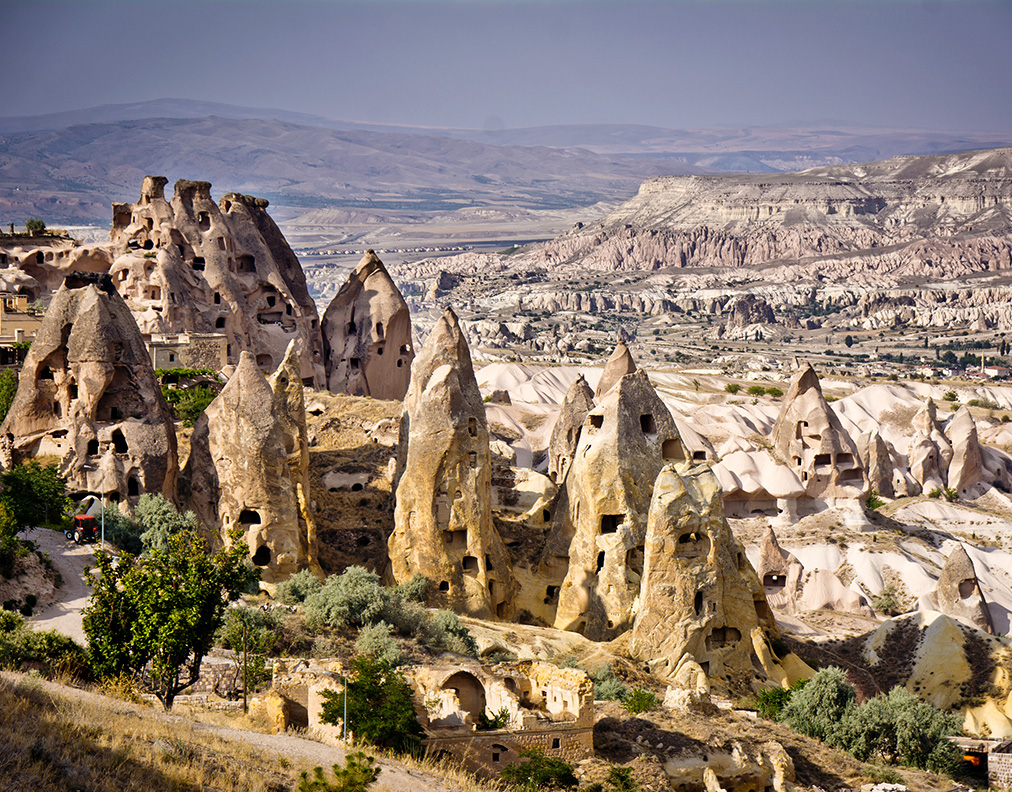 On a high plateau in the middle of Anatolia, Cappadocia is one of those places that looks more like fantasy than reality. Eons ago, a volcanic eruption covered the plains in thick layers of ash. 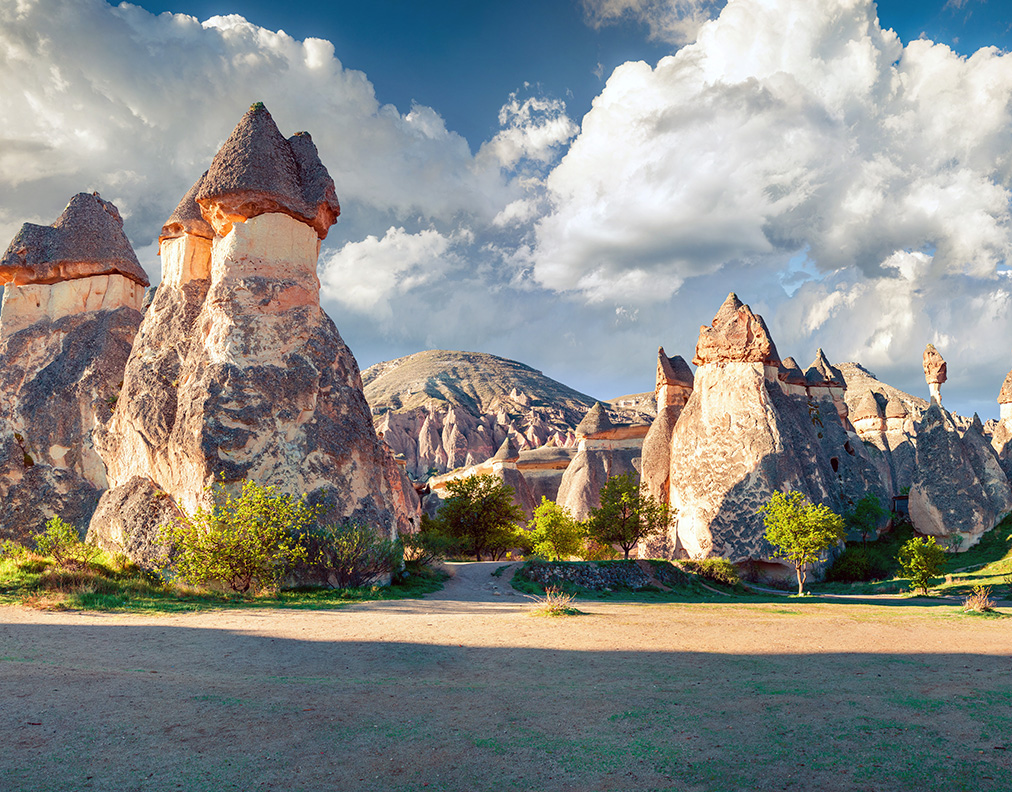 The ash hardened into tuff, a soft rock shaped by centuries of wind, rain, and ice into all sorts of weird and wonderful shapes — bulbous mushrooms, teetering chimneys, and frothy peaks of rock, up to forty metres high. 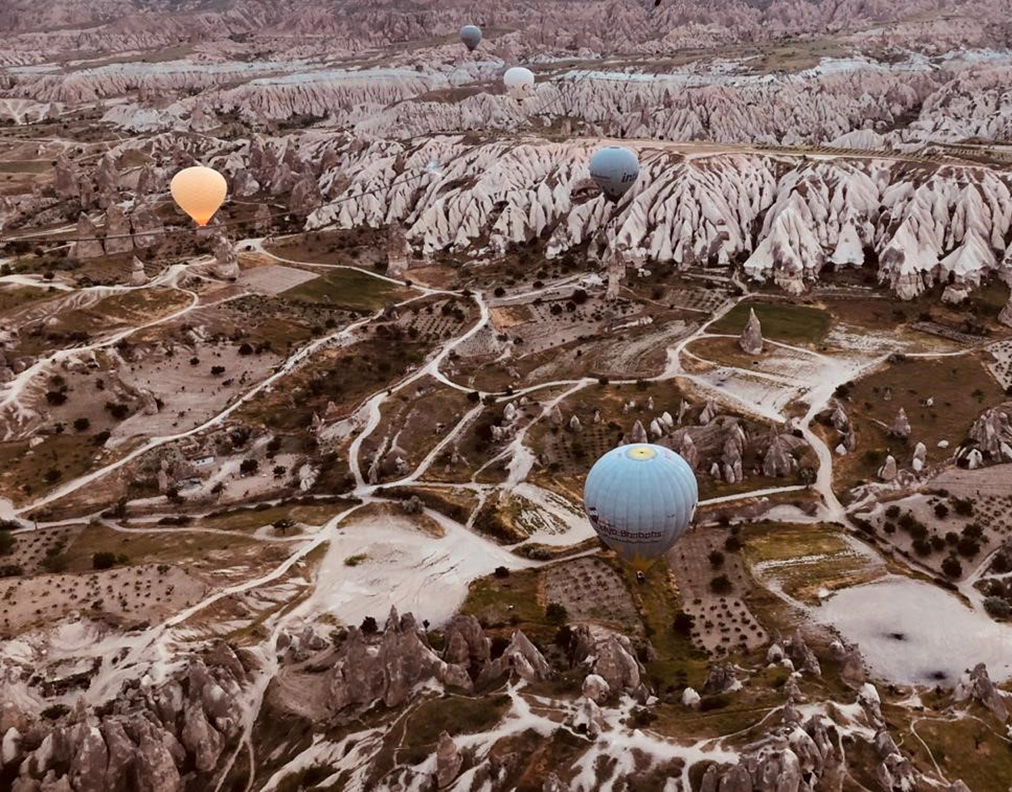 You can marvel at this ethereal landscape from a hot air balloon, a classic Cappadocia experience. But it’s below ground that this incredible landscape harbours its deepest secrets. Barely visible to the naked eye, whole cities (some eight floors deep) were carved and burrowed from the rock by early Christians fleeing persecution by the Romans. Beginning in the 4th century A.D., they created cloistered communities with advanced ventilation, storage, and even wine presses and bakeries, designed to shelter thousands of people. 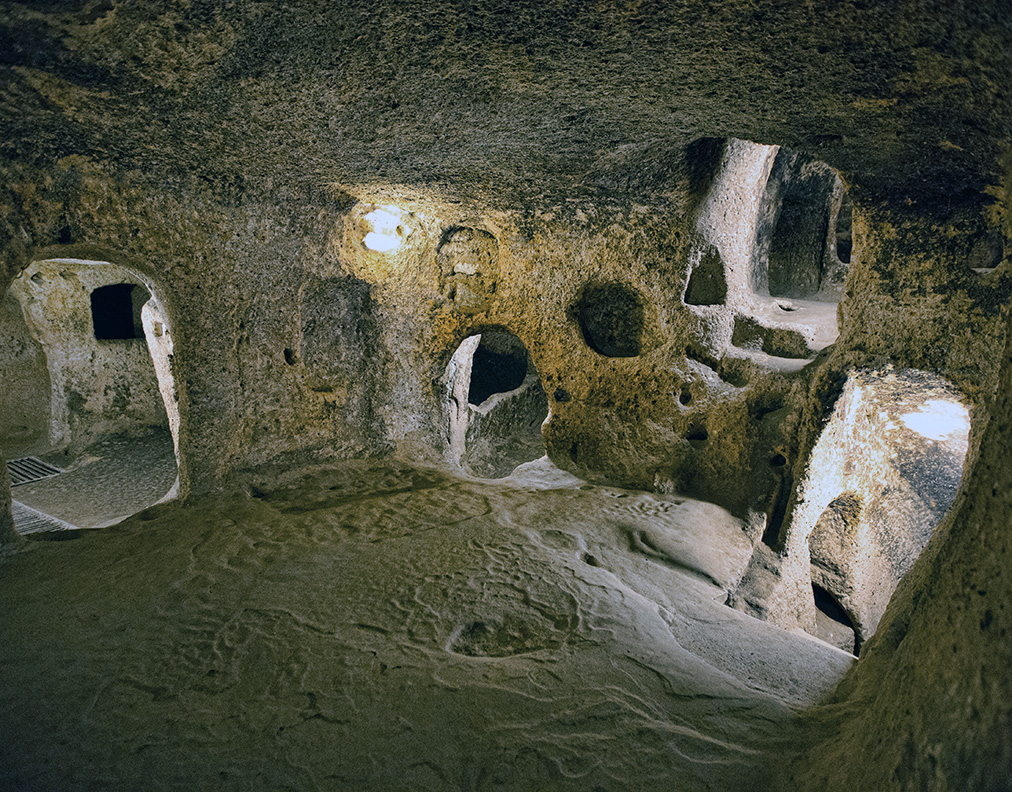 Buried within these labyrinthine settlements are some of the finest examples of Byzantine art in the world. Stoop inside the cave chapels and you’ll be amazed to see frescoes so well preserved they could have been painted yesterday. Let us arrange private access to some of the most spectacular churches, rock-carved dovecotes, and monuments, which are normally closed to the public. 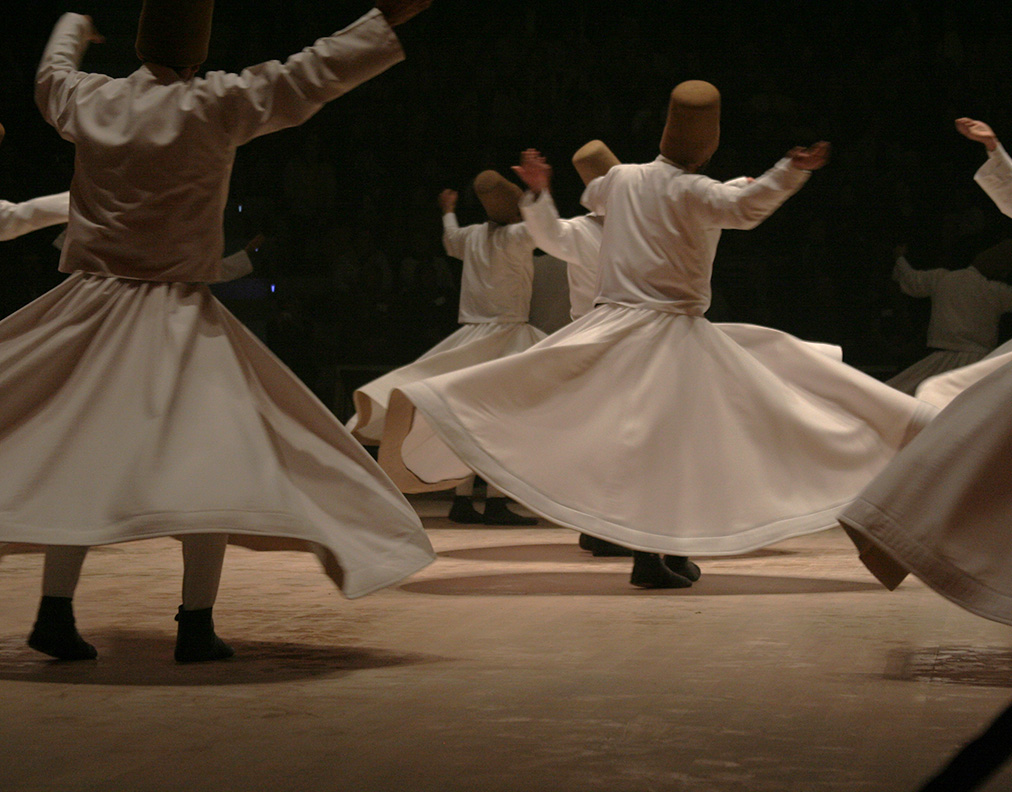 But it wasn’t just the lunar landscape that drew early Christians to Cappadocia; it was the mystical energy of this special place. Later, Sufis and Alevites also made Cappadocia their spiritual home. Don’t miss the opportunity to watch Sufi dervishes perform their sacred dance, a mesmerising experience akin to transcendental meditation. Cappadocia is an otherworldly union of the forces of nature and sheer human willpower, where Henry Miller’s words will echo in your mind: “One’s destination is never a place, but a new way of seeing things.”

Beaches and biodiversity in Brazil