Original Senses has secured accommodation for the weekend of the opening of the double exhibition entitled "Memory" dedicated to Kostas Paniaras. The exhibition is hosted at both the Arcaheological Museum of Poros and Citronne Gallery. 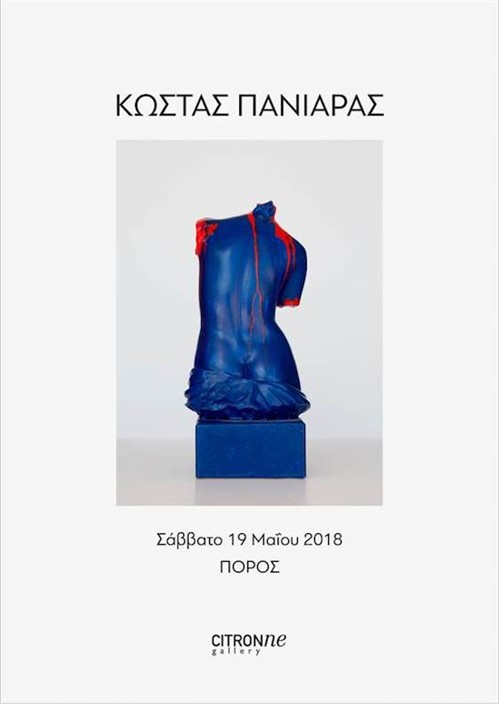 A double exhibition entitled "Memory" dedicated to Kostas Paniaras (1934-2014) will be held by Citronne Gallery from 19 May, on Poros, at the Archaeological Museum of Poros and the Gallery.

In collaboration with the West Attica, Piraeus & Islands Ephorate of Antiquities, the Archaeological Museum of Poros (I) will hold an exhibition entitled "The Ambivalence of Memory" including the artist's more recent works, painted sculptures, and the Gallery (II) will exhibit the "Landscapes of Memory", where the artist's three dimensional works will stand next to his two dimensional works.

This double exhibition is an attempt to give the fullest picture possible of a complex figure and the artistic pursuits of an internationally well-known Greek artist. 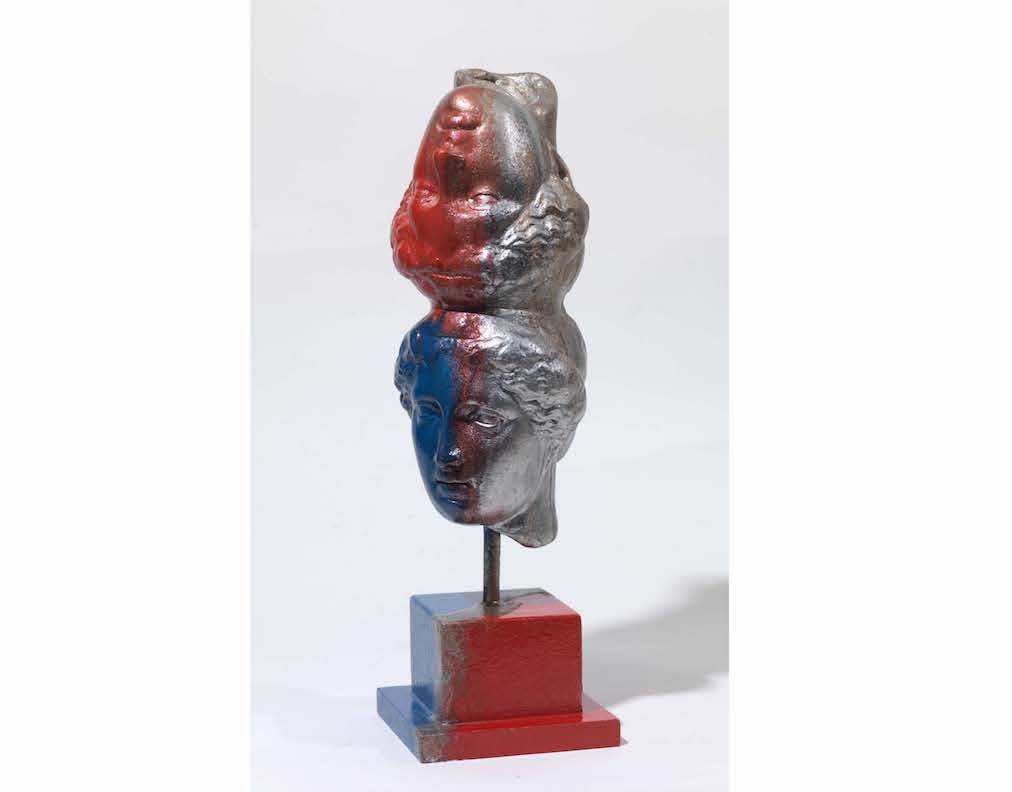 As part of the celebrations for International Museum Day, for the sixth straight year Citronne Gallery is collaborating with the  West Attica, Piraeus & Islands Ephorate of Antiquities. "The Ambivalence of Memory" is inspired by or ponders upon the identity of Museums which, by definition, are spaces to conserve and promote memory. Kostas Paniaras' contemporary works commune with the Museum's exhibits as "The Ambivalence of Memory" asserts and deals with the ambiguity of the past.

As a Greek artist he endeavoured to manage a ponderous cultural heritage, the burden of a long history. A springboard for his works were the frequently  ill-treated plaster copies of the symbols of antiquity, as well as authentic museum exhibits. Indiscriminately, he used both: to paint on, cut in two, multiply. His work made historical memory and its consequences clear, visible and recognisable.

The selection of Kostas Paniaras' works for the Archaeological Museum of Poros was principally based on their "archaeological" interest. At the same time, the selection focused on the processing of memory, both collective and personal, which frequently becomes tyrannical. The ambivalence of the artist is reflected in the "representations" of the selected symbols, on which the copies at times multiply and at times are bisected . In this way, he expresses his desire for a proud national continuity, and the necessity for emancipation from the burden of history.

As an internationally known Greek artist, Kostas Paniaras teased out the Greek cultural heritage the universality of its message. But he sought a new, private definition - an individual approach to Greek historical reality.

"The Ambivalence of Memory" Archaeological Museum of Poros 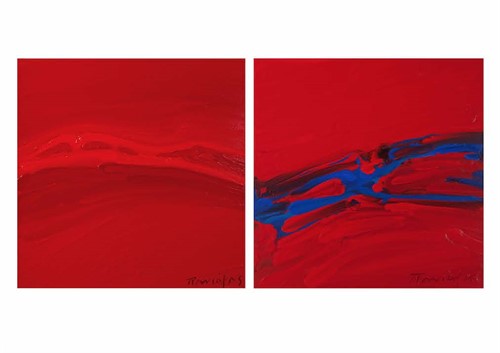 The "Landscapes of Memory" exhibition at Citronne Gallery will present selected works by Kostas Paniaras from 1980 until 2014, the year of his death. The Gallery's exhibition space is a more general space that temporally and thematically will evoke the work exhibited in the Museum. The works that make up the "Landscapes of Memory" spring from the same inspiration and the same hands as the works in the Museum, whose exhibition deals with the "Ambivalence of Memory". The three-dimensional painted sculptures are not to be approached in a different manner than the two-dimensional works.

Kostas Paniaras strongly believed in the principles of 20th century art and the revolution brought on by Marcel Duchamp with his readymades. He did not distinguish among artistic media. As he himself wrote: "in art, everything is permitted...I painted on copies of antiquities...so as to include them in my own painting" (2007). In this way, he desired to traverse time, mixing disparate elements and temporally incompatible figures and symbols: one may come across the divinity Hygeia and St Sebastian in the same work, for example.

He also endeavoured to eliminate the differences between artistic media. What he sought was the "landscapes" of the artist's mood, the landscapes of the mind and soul. His works do not represent "external events , but only my personal disposition...I drag them up, one by one, from inside me", as "a geographical landscape of myself" (2010). With an abstract artistic idiom, the artist sought to create an atmosphere without being limited by realistic confinements.

Kostas Paniaras' works are characterised by commanding drawing, fluidity, intense colours and, in their majority, are of monumental dimensions. His works are imbued with a feeling of unconscious motivations, and references to primal memories.

As they are exhibited in space, these works - red, monochromatic, or with deep chromatic contrasts - create a heavy, impressive aesthetic environment which entraps the viewer in the artist's quest. 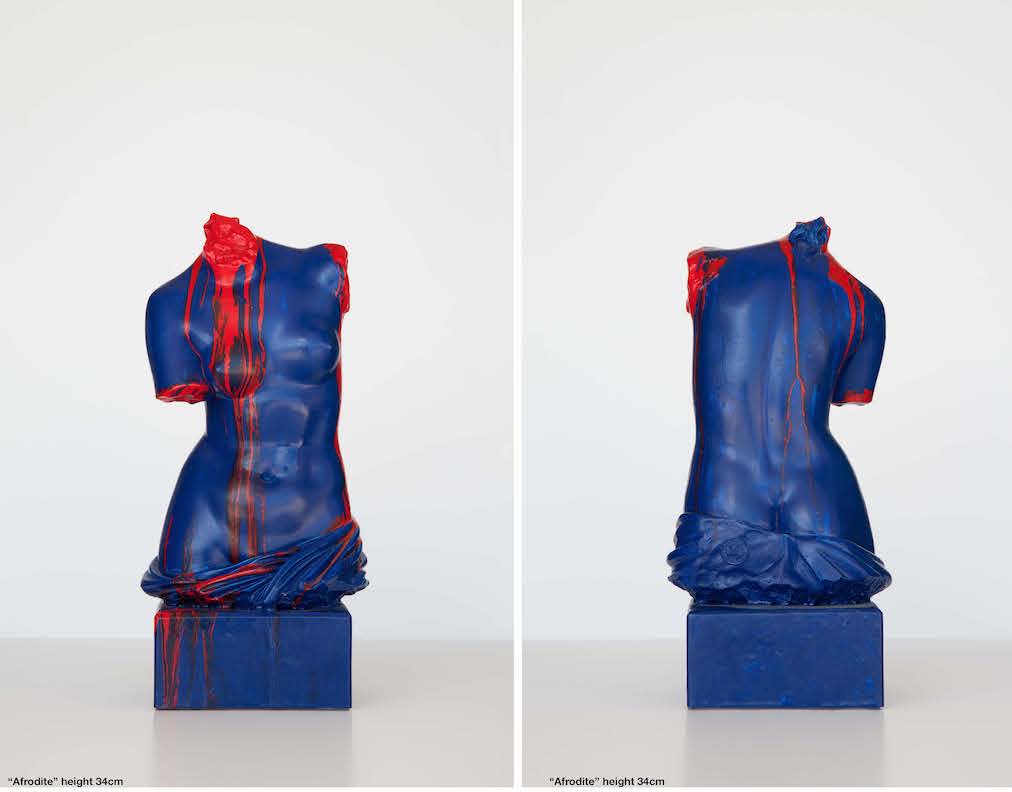 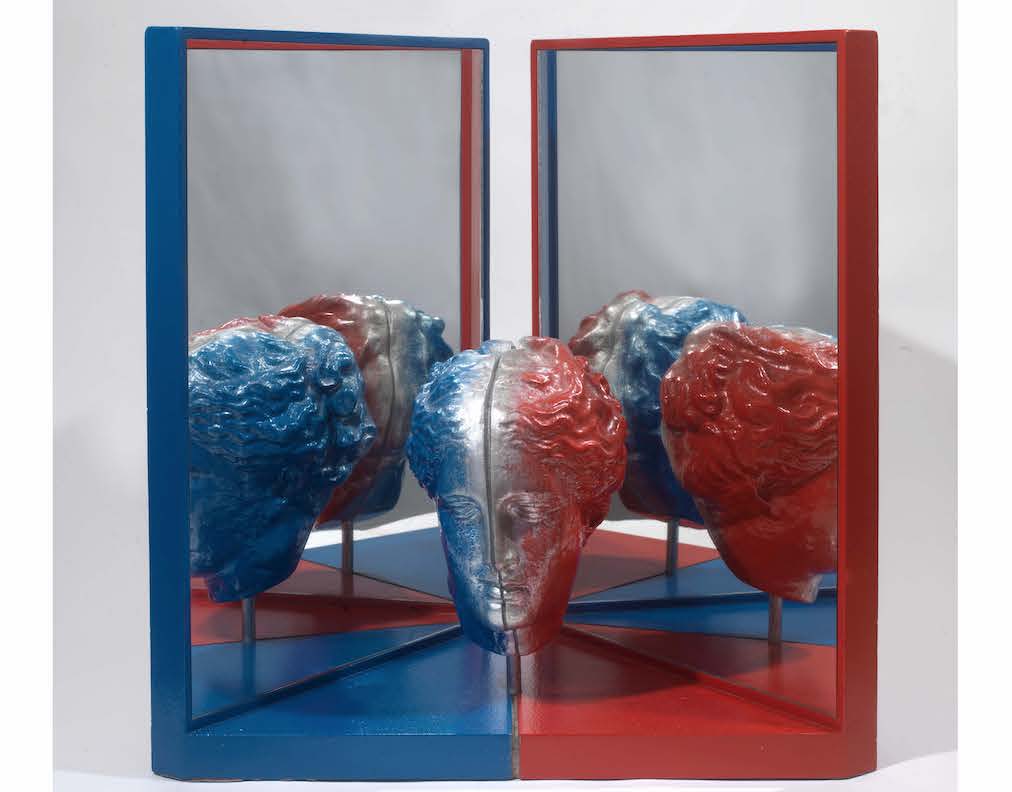